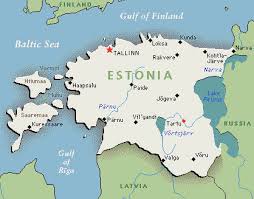 Recently, Estonian courts ruled in the Bitcoin case of Otto de Voogd. The recent environment in Estonia surrounding digital currency has been negative and the ruling did not come as a complete surprise. Nonetheless, there are serious implications for the cryptocurrency community locally and abroad.

Late last year here at CCN, we reported on Otto de Voogd’s case. The case was centered around De Voogd’s Bitcoin trading site BTC.EE which he ran in Estonia. The site was shut down by officials due to De Voogd’s refusal to relinquish sensitive information about his Bitcoin-related clients. The charges leveled against De Voogd carried a €32,000 fine and potential jail time.

Many observers and analysts in the cryptocurrency community had hope that a favorable ruling by the Estonian Supreme Court would not only establish a precedent for dealing with cryptos in Estonia but also serve as an important link for the entirety of the European Union in building a consensus around how to handle cryptocurrencies.

As evidenced in a recent Reddit post, De Voogd’s ruling was anything but favorable. According to De Voogd, not only did the courts rule against him regarding releasing the information of his clients, but they also levied additional restrictions and hurdles to conducting Bitcoin business within the country.

The court decided to apply extra regulation to Bitcoin trading that does not apply to other economic activities. Including the requirement to meet customers in person (face to face), as well as the requirement keep IDs of ALL customers and report those who trade more than 1,000 Euros more per month.

This ruling not only applies to Bitcoin, it applies to all blockchain tokens and assets, the only requirement being that the token or asset can be exchanged for fiat currency somewhere.”

Should De Voogd be forced to comply with the ruling, he would have to answer questions regarding sensitive information about the clients on his Bitcoin trading site, a move that De Voogd feels would amount to forced self-incrimination. Although De Voogd understands that his options are now limited he is currently reviewing his case in depth and thinks he may be able to take his case to the European Court for Human Rights for an additional hearing.

Prior to the ruling in the De Voogd case, Estonia had not been very receptive to Bitcoin. In 2014 at the New York Department of Financial Services’ (NYDFS) hearings on virtual currency, representatives from Estonia likened the digital currency to a “Ponzi scheme.” Estonia also pushed for value-added tax (also notated as VAT)  to be applied to the full value of Bitcoin trades. Ultimately the VAT measure did not pass and the European Court of Justice chose to exempt Bitcoin transactions from the tax. Nonetheless, Estonia has taken a clear stance on Bitcoin for now.

As many in the Bitcoin community have opined, this will ultimately be a loss for Estonia as these transactions will not doubt simply move into other countries. And as De Voogd stated, this decision applies to the larger concept of blockchain. As the foundations are being laid for the innovation that will come with blockchain technology some will be left behind and the regional economies, in the long run, will probably suffer. Rulings like this illustrate exactly how that type of domino effect originates.