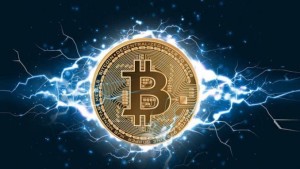 I have come to the conclusion that bitcoin is going to $1,000,000. This number, which you will see tossed out into the crypto narrative, comes from the idea that there are 100 million subunits of bitcoin and if each was worth the quantum unit of 1 U.S. cent, then a bitcoin would be worth $1 million. This is a non sequitur argument as there is no causal link why this should be so. In fact, you can fractionalize a bitcoin satoshi in to as many sub-satoshis as you like. It does have plenty of sizzle as an idea and while it has seemed extremely unlikely to me until now I suddenly see that mirage as being a possibility.

This is why a bitcoin could be worth a million dollars or more.

If there is not a startling recovery in the global economy this year, then government budgets will collapse and those governments will be forced to print cash and monetize bonds. You might say this is QE, but QE isn’t the same thing at all, because it doesn’t print new money and hand it out. It prints new money and swaps it for not so acceptable assets that are a step or two and a haircut or two away from being swapped by others for lovely cash. QE is a generous swap with a kindly pawnshop that is happy to take a view on the creditworthiness of a lot of dodgy assets. Handing out to the general public money still almost wet from the presses because they might get sad and uppity or simply because they need money to pay their mobile bill to keep the phone company solvent to keep their employees working to pay taxes to the government, is another thing entirely. Printing money to spend in that state’s economy is straight South American-style inflationary fiat creation.

If tax budgets crater, this is exactly what is going to happen, because “austerity” on the scale necessary to claw back broken budgets is not going to happen and perhaps even shouldn’t. Like it or not, the lockdown has made everyone poorer, in what are highly leveraged economies. The trouble with leverage—as anyone with a nice life style, a pile of debt and sudden unemployment knows—is that leverage is great on the upswing but awful on the downswing. Any trader will tell you, leverage kills and like any leveraged trader caught with the markets in reverse, we must hope for a sudden semi-miraculous reversal in direction to save us from being irreversibly crushed by the mathematics.