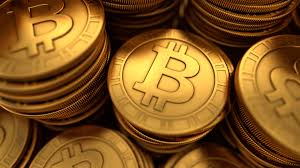 Bitcoin recently skyrocketed by about 42%.

A lot of noise coming out of the Fed and the Libra setback caused a substantial correction to occur.

Why Bitcoin is likely headed a lot higher from here.

Other coins to consider for your digital asset portfolio.

This idea was discussed in more depth with members of my private investing community, Albright Investment Group . Get started today » 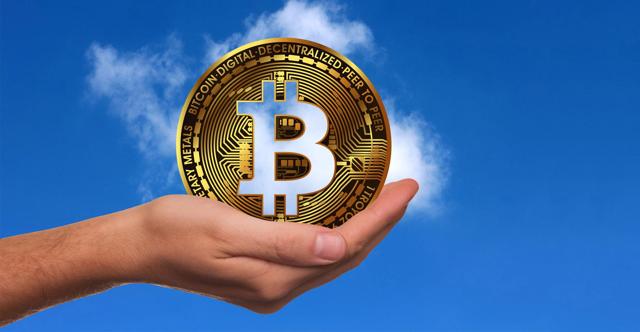 Roughly 24 hours after putting out my latest “Bitcoin Likely Bottoms Again” article, Bitcoin and many other alt-coins surged rapidly. Bitcoin (BTC-USD) was at around $7,400 when I wrote my last article, now we’re looking at Bitcoin $9,400, with a top of nearly $10,400 in between. 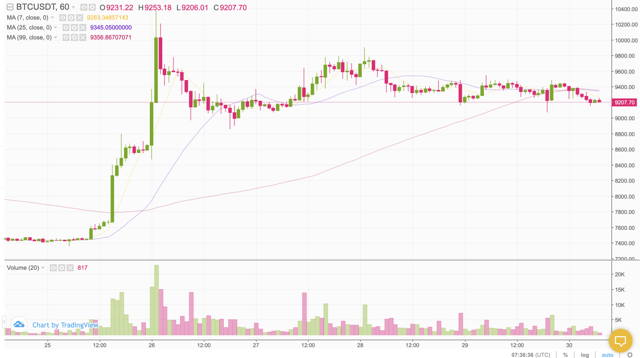 That is an extraordinary 42% gain from trough to peak in a very short time frame. However, now Bitcoin is quiet again, trading between $9K-$10K. Is this another calm before the next move higher?

I believe so. It appears that Bitcoin is consolidating here and is setting up for another move higher. Also, it’s not just Bitcoin. There are several other promising alt coins to look at.

So, Why the Rapid Rise? 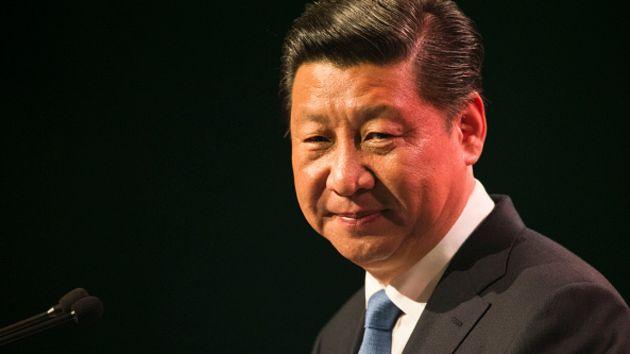 Just to be clear, this is only part of the reason why Bitcoin surged recently, but it is likely the most prominent one at the moment. So, it is worthy of discussion.

President Xi recently expressed praise for blockchain technology, saying that China should “seize the moment” when it comes to blockchain. In fact, China’s central bank has been working on creating its own digital currency.

This appears to be a net positive for Bitcoin and other systemically important coins as it essentially weakens the dollar’s global dominance and should help boost digital currencies into the mainstream sooner than anticipated. Simultaneously it also should reflect positively on digital asset prices.

Moreover, due to the limited supply of Bitcoin and other mineable digital assets, demand should increase and owners could become governments, not just individuals and institutions. In fact, the U.S. government is reportedly one of the largest holders of Bitcoin already.

Bitcoin’s latest wave higher essentially began around at the start of this year. Yes, we had a rapid rise from about $3,200 to nearly $14,000. However, this rapid spike was partially influenced by the Libra-induced craze which thus far has failed to materialize due to U.S. government and Fed intervention.

Therefore, it’s not a surprise that BTC had a correction of nearly 50% after the Libra surge, and veterans in the Bitcoin market have seen similar “corrections” in previous up waves.

The important factor is that we are only about 10 months into the latest wave, and this could be akin to something like a second inning of a very long ball game. In other words, Bitcoin is likely to go much higher before this multi-year wave is over.

I’ve mentioned in prior articles why the current wave is likely to last several years, and could drive BTC’s price up to roughly $76-$100K, before the next bear market arrives. Conservatively speaking Bitcoin could be trading between $50K-$100K within the next 2-5 years.

However, It is Not Just Bitcoin

Now, I know everybody is talking about Bitcoin and roughly 50-60% of my digital asset basket is usually allocated to Bitcoin. But I want to talk about some Altcoins that still look relatively cheap, have substantial growth potential going forward, and are likely to outperform Bitcoin percentage wise in the future. 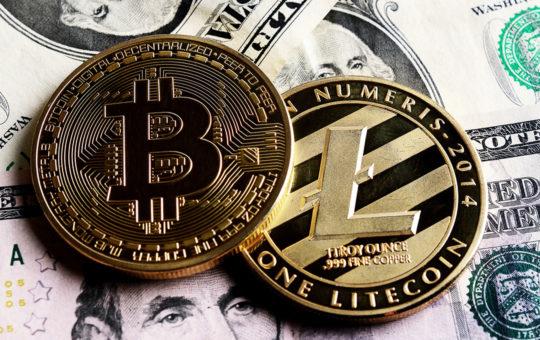 1. LiteCoin (LTC-USD) – A great transactional as well as a store of value coin. It’s sometimes referred to as the silver to Bitcoin’s gold, but it’s far more efficient when it comes to transacting.

I believe many people refuse to or don’t understand/believe that cryptocurrencies will be the medium of exchange/transactional vehicles of choice for many people in the future. Nevertheless, I’m convinced that they will due to their efficiency, decentralized nature, and extreme compatibility with internet technology.

So, back to LiteCoin. LTC also had a nice bounce back of 20%, but it still looks relatively cheap and is likely headed much higher. LTC is still down by roughly 85% from its all-time high in late 2017. 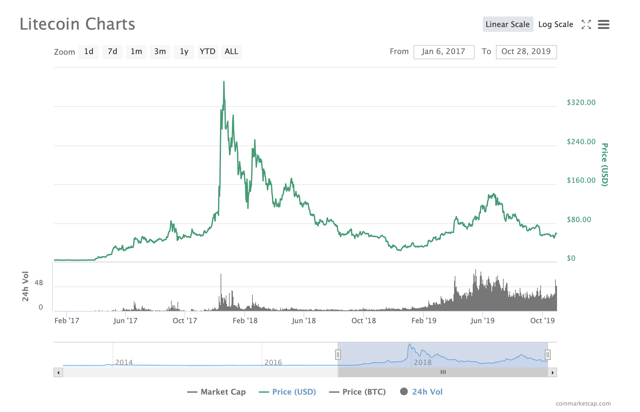 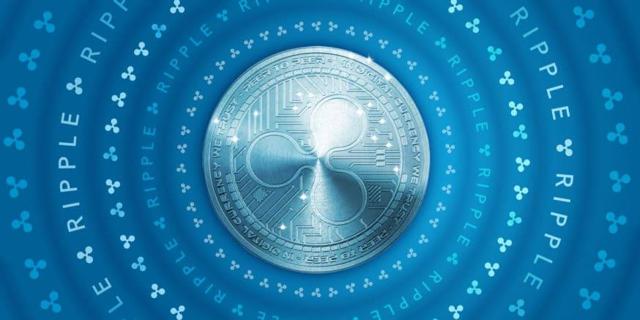 2. XRP (XRP-USD), despite its 30 cent price tag, XRP is the No. 3 coin by market valuation. Now, this is not a true, mineable cryptocurrency like Bitcoin, LiteCoin and others I will be discussing, but I believe it has a place in a diversified cryptocurrency portfolio.

XRP is primarily used by banks and other financial institutions to make interbank transactions faster, cheaper, more efficient, etc. This coin is essentially created for this purpose, and its price could explode much higher in the future. In fact, it’s likely that over 200 banks and other financial institutions will be using XRP by the end of this year. 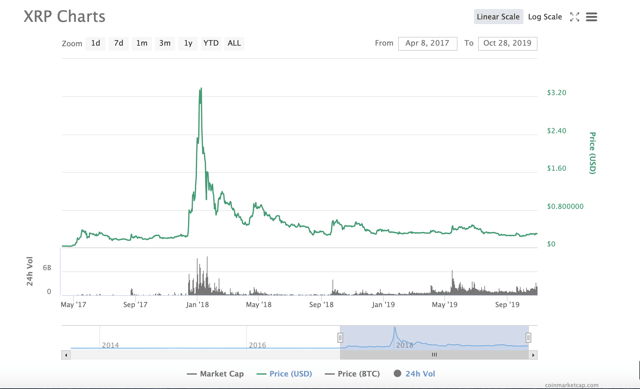 XRP is still down by around 91% from its all-time high. Nevertheless, I’m more a fan of transactional coins, so let’s take a look at some of the likeliest to succeed going forward.

Some of my favorites digital medium of exchange vehicles include, Dash (DASH-USD), Zcash (ZEC-USD) and Monero (XMR-USD). 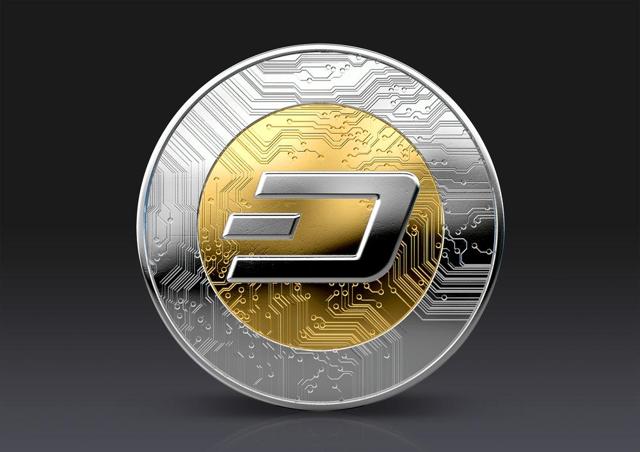 3. Dash is promising because it’s built on a very solid platform, has a high level of encryption, and may be widely adopted much like LiteCoin as a worldwide medium of exchange instrument. Remarkably, Dash is still down by 95% from its all-time high reached in late 2017/early 2018. 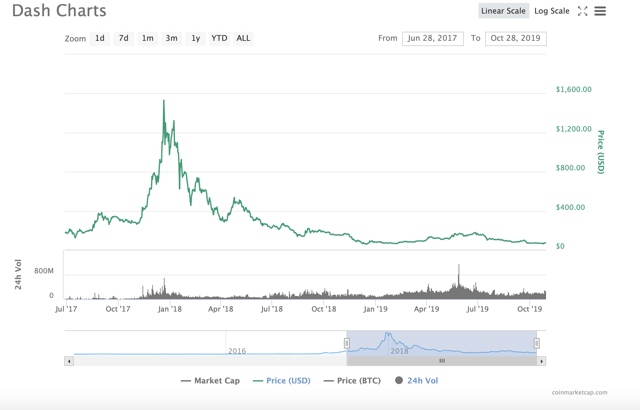 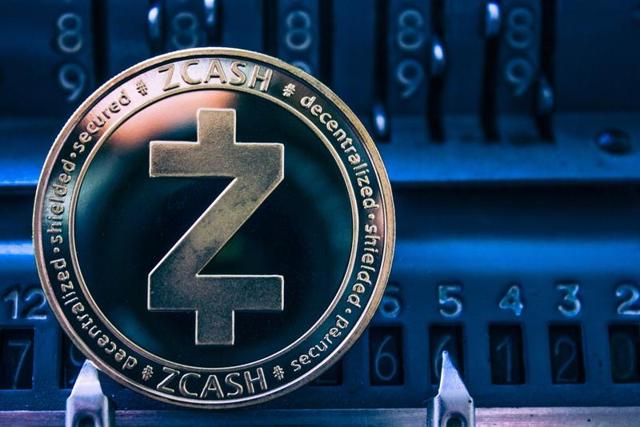 4. Zcash is very similar to Dash but is even more encrypted (thus more difficult to trace), is efficient, low cost, and can handle a large quantity of transactions much like Dash and LiteCoin. Likewise, Zcash is still down by more than 95% from its high in late 2017/early 2018. 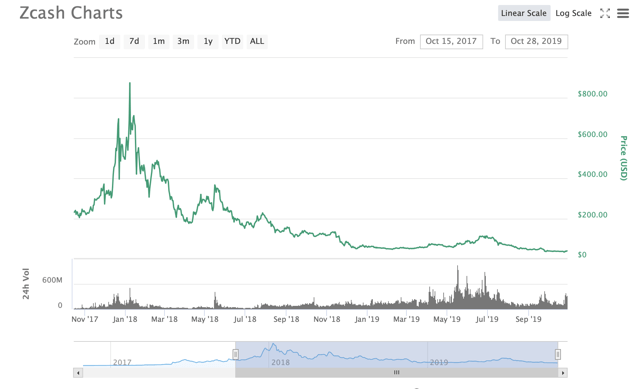 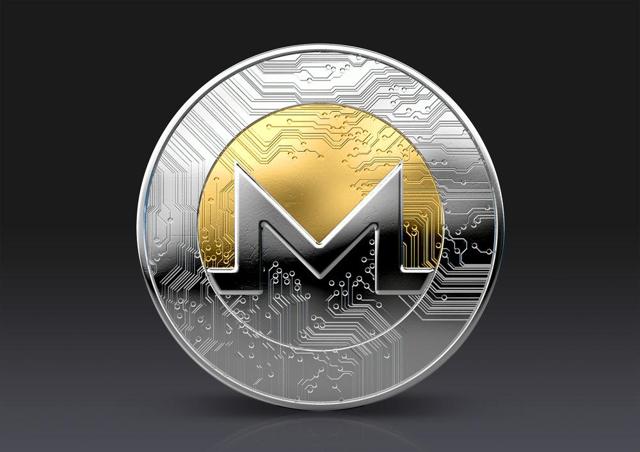 5. Monero’s encryption level makes it essentially impossible to track or trace based on the available information. Thus, it’s the king of anonymous coins. There’s a market for such coins now, and it will become much bigger in my view going forward. Monero is still down by roughly 88% from its high in early 2018. 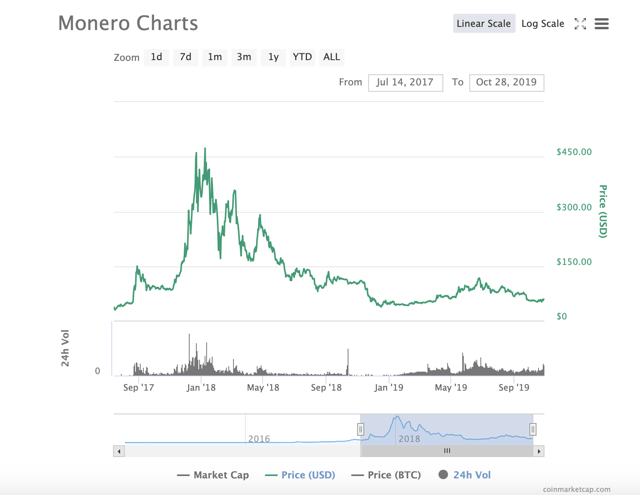 It is not too late to get into Bitcoin as well as into a lot of alt-coins with enormous long-term potential. Many are still down by 95% or more since their all time highs, and they will likely return to much higher levels in time.

Nevertheless, I still believe that no more than 50%-40% of a cryptocurrency basket should be allocated to alts, and the entire basket may only represent a fraction of a diversified portfolio.

Depending on your risk tolerance, roughly 5%-20% could be allocated to digital assets, in my view, and most of that should probably be in Bitcoin right now. Also, for most investors 5%-10% should be enough, but there are some with higher risk tolerance and more risk appetite that may want to allocate more.

For more detailed information regarding Bitcoin, altcoins, and how to integrate them into a modern portfolio, please visit here.

Possibly the No. 1 long-term threat Bitcoin faces is detrimental government regulation or an all-out Bitcoin ban. If major Bitcoin-friendly governments like the U.S., E.U., Japan, South Korea, and others follow the footsteps of China and essentially make Bitcoin use and trading illegal, it could have catastrophic consequences for Bitcoin’s price.

Therefore, there’s the risk that newer and more efficient digital currencies like Litecoin, Bitcoin Cash, and others may make Bitcoin somewhat obsolete as an actual medium of exchange for the masses.

Continued security breaches in the Bitcoin world concerning exchanges and individual wallets are a constant concern. If significant breaches continue, investors and users may start to lose confidence in the system and demand could decrease as well.

Likewise, there are fraud cases. In an industry that’s still loosely regulated, substantial fraudulent activity is a persistent risk factor. Just like with security breaches when people get ripped off, it reflects poorly on the entire industry and demand along with prices can suffer.

Want to know more? If you would like full articles that include technical analysis, trade triggers, portfolio strategies, options insight, and much more, consider joining Albright Investment Group!

Disclosure: I am/we are long BTC-USD, BCH-USD, LTC-USD, DASH-USD, ZEC-USD, XMR-USD, BTG-USD, XRP-USD. I wrote this article myself, and it expresses my own opinions. I am not receiving compensation for it (other than from Seeking Alpha). I have no business relationship with any company whose stock is mentioned in this article.

Additional disclosure: This article expresses solely my opinions, is produced for informational purposes only and is not a recommendation to buy or sell any securities. Please always conduct your own research before making any investment decisions.

Braveoldworld
Comments442 | + Follow
1) Names down 95% have a high probability of continuing on to pennies, as evidenced by years of data in the bulletin board/pink sheet penny stock market.2) You are quick to tout Bitcoin calls but conveniently leave out the simultaneous calls you made on Bitcoin Gold, Zcash, Dash, etc that are down likely 50% from your last call to double down.3) Xi said nothing about China being Bitcoin friendly. If he was, wouldn’t he lift the ban? The truth is, Blockchain tech has been around since 1991 and is already used by likely 50% of large corporations that can utilize it. For instance the JPM coin is already being tested and used and runs ultimately off of Ethereum. When they use JPM Coin and you hold Etherium, are you getting paid by Etherium for use of your “property”?4) You, nor I, have any idea where Bitcoin is going. No one knows the extent of Tether creation still going on that may be fueling each rally. What’s obvious is there is a MASSIVE algo/AI presence in Bitcoin which only makes logical sense. This is a 21st century built market with no regulations perfect for Algos and AI. Wash sales, Spoof trades are all legal and easily programmed in as are human psychological chart reading levels. These tools have been used by HFT firms for decades already so we must assume they are on another level of AI at this point and they have a massive presence in Crypto.5) Fundamentally it’s a short, and continues to be a short. Price, especially in a rigged market, can and will decouple with reality at times. The bottom line is that price has failed to breach $20k on the retest, only getting to $14k. That’s a double top in my book all day long. It need to retest $14k and hold to be a long. So far, it can’t hold above $10K. Therefore, the likely next stop is $5k.6) Yes, markets absolutely move in waves, usually 3’s. I have not found any reliable evidence that the size of the waves can be predicted with a significant degree of accuracy. What is more important, and used by every trader since the beginning of trading, is the high and low of price.7) “This time is different” I do believe that market sentiment peaks and we have already seen peak bullish sentiment. As they say, when it hits the cover of Time magazine, the market run is over. It’s been on the cover of Time and everyone already knows about the Bitcoin get rich quick market.8) “Yes, there may be coin winners” As we’ve seen in the Dot Com bubble, eventually there will be winners. But you don’t know who or how they will achieve this. At least with internet stocks you had a claim to the equity, revenue, property, etc. What is your claim in a token?Therefore, stick to the charts. This has nothing to do with Libra, Microsoft, Jack Dorsey, Banksters, the Fed, Xi, and whatever other headline. Just like the penny stock market, all it is is fuel for the trade one way or the other. It’s never a Hodl or a dollar cost average. Crypto was BORN TO BE SOLD…
Original story: https://seekingalpha.com/article/4300370-bitcoin-calm-next-wave-higher