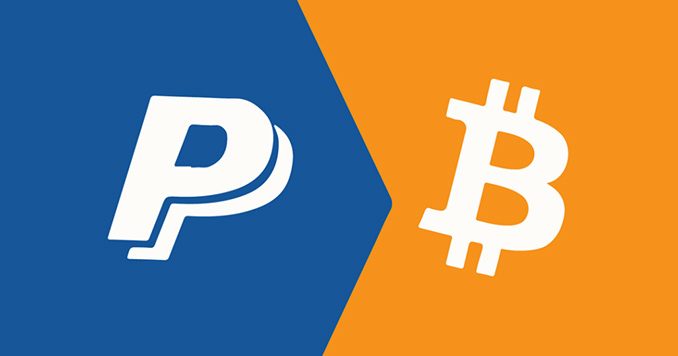 Regardless of the stark difference between their performances, both Bitcoin and PayPal benefitted from an increase in remittance. The World Bank reported that overall cross border transactions grew 10% to $689 billion in 2018. Large diaspora and overseas expat population contributed hugely to the uptrend, leading to higher usage of services like PayPal and Bitcoin.

Nevertheless, Bitcoin did not only serve people looking for cheaper cross-border transactions. The digital currency saw a majority of its transactions volume coming from traders. According to Diar report, the crypto sector as a whole posted “record transaction volumes” across leading crypto exchanges in 2018, with bitcoin leading the pack as the most dominant asset.

It is unclear how many users utilized bitcoin for remittance, especially when traders were using the same asset for speculation. It explains how Bitcoin managed to surpass PayPal in terms of transactions volume. The latter merely focused on payment and remittance services, while the former remained a multifaceted asset. The World Bank estimated the remittance market to grow 3.7% to $715 billion in 2019. The prediction signaled that services like PayPal would continue to record higher transactional volume in the upcoming fiscal quarters. As for Bitcoin, the digital asset expects to attract significant institutional investments with the launch of regulated bitcoin derivate platforms like Bakkt. Atop that, bitcoin could also attract more adoption if the Securities and Exchange Commission (SEC) approves the first bitcoin-based exchange-traded fund this Q2 2019.

Interestingly, the more bitcoin becomes an investable asset, the lesser it would attract the remittance users. It is plainly due to the bitcoin’s underlying price volatility. Users would be less inclined to utilize money whose value could change drastically within minutes. Despite the bitcoin’s cheaper transaction fee structure, remittance would most likely choose a PayPal or a Transferwise because they would ensure stability.

Nevertheless, in other parts of the crypto sector, projects are attempting to solve the volatility problem. At the same time, they are retaining the cheaper-transaction status attached to cryptocurrencies. Social media giant Facebook, for instance, announced that it would launch a stablecoin for remittance.

“If Facebook launches the stablecoin they are reportedly building, it will quickly become the most used product in crypto,” said Anthony Pompliano, founder and partner at Morgan Creek Digital Assets.