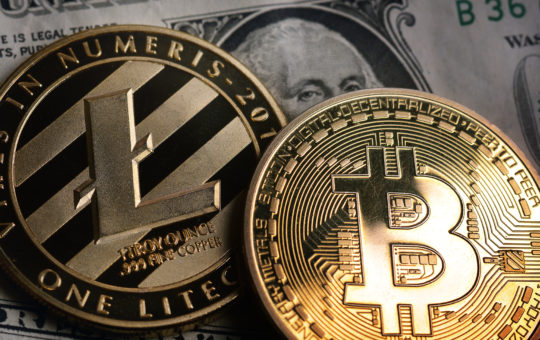 Bitcoin (BTC) is lacking a clear directional bias for the eighth consecutive day amid a continued rally in litecoin’s (LTC) price.

The price of a single bitcoin – the world’s leading cryptocurrency market value – has been restricted to a $600 range since June 5. While any drops to $7,500 have been consistently short-lived, buyers have also repeatedly failed to engineer a convincing break above $8,100.

Litecoin, however, is flashing 6.5 percent gains on a 24-hour basis, according to CoinMarketCap. The fourth largest cryptocurrency by market capitalization rose to $141 on Bitstamp earlier today, the highest level since May 2018.

More notably, at the current price of $136, LTC is up nearly 40 percent from lows below $100 seen just seven days ago. Meanwhile, BTC is up 4 percent on a weekly basis.

With the mining reward halving due on Aug. 8 – a process that could lead to a supply deficit and a resultant upwards pressure on prices – LTC is again leading BTC higher.

As seen above, BTC has created a sideways channel inside a falling channel, so a break above $8,063 would confirm two channel breakouts and open the doors to $8,500.

It is worth noting that the breakout could be short-lived if trading volumes continue to remain low.

On the downside, the higher low of $7,713 is the immediate support. A violation there would expose the lower edge of the sideways channel, currently at $7,500.

The 5- and 10-candle averages continue to trend north, indicating a bullish setup.

Further, LTC has consistently seen higher volumes on days of positive price action compared to days of negative price action. Therefore, the path of least resistance looks to be to the higher side.

That said, a pullback to the 5-candle MA support, currently located at $122, could be seen before further gains, as the cryptocurrency has rallied 118 percent in the last 6 weeks and the bulls often take a breather following such stellar rallies.