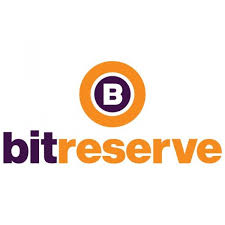 San Francisco-based currency conversion and exchange platform Bitreserve has announced the addition of 7 new currencies in order to reach a wider audience.

In an official blog post titled You Talk, We Build: 7 New Currencies on Bitreserve, the Bitcoin company said,

“In order to provide Bitreserve members with the greatest degree of flexibility, the widest array of options, along with the familiarity of the money our global community of members uses every day, we are providing even more currencies to our collection.”

In addition to the 9 currencies it already supports, the Bitcoin startup has added:

The company is offering its services to members in 157 countries around the world. According to an interactive visualization available on the website, there are more than $2.4 million being held in Bitreserve wallets. A jump of 11.4% has been reported in the member base since the last month.

In the blog post, the Bitreserve team stated its mission as “replacing the current global financial system with one that is fair, inclusive, accountable and transparent – a system organized for the benefit of all people everywhere.”

The team believes that with a total of 16 global currencies and four precious metals (gold, silver, platinum and palladium) they are much closer towards achieving this goal.

The free money transmitting platform is currently working on some projects, announcements of which will be made in the coming months.

Under the aggressive leadership of Anthony Watson, the world’s first real-time, transparent and free financial service, is progressing at a rapid pace and is working on newer and better offerings for the Bitcoin ecosystem.Following the launch of the company’s open API and developer community Bitreserve Connect in June 2015, the company has increased its transaction rate by a factor of five in a few short weeks.