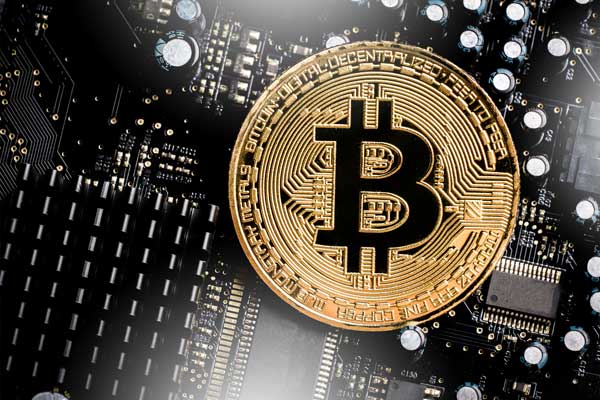 At press time, Bitcoin is down just a fraction of a percent on the day, trading at around $3,450, according to CoinMarketCap. Looking at its weekly chart, the current price is lower than $3,655, the price at which Bitcoin started the week, trading sideways until yesterday, Jan. 28.

Ripple (XRP) has gained about half a percent in the 24 hours to press time and is currently trading at around $0.29. On its weekly chart, the current price is lower than $0.32, the price at which XRP started the week, before also dropping on Jan. 28.

Second-largest altcoin Ethereum (ETH) has also seen its value increase by little over 1.7 percent over the last 24 hours. At press time, ETH is trading around $106, having started the 24-hour period about 2 dollars lower. On the weekly chart, Ethereum’s current value has dropped from $119, the price at which the coin started the week.

Among the top 20 cryptocurrencies, the ones experiencing the most notable growth are Tron (TRX) — which is up more than 4 percent — Iota (MIOTA), Ethereum Classic (ETC) and Eos (EOS), all of which are up 2-3 percent.

The combined market capitalization of all cryptocurrencies — currently equivalent to about $113.2 billion — is lower than $120.1 billion, the value it reported for most of last week.

As Cointelegraph recently reported, South Korea’s central bank, the Bank of Korea (BOK), says it won’t be issuing a central bank digital currency (CBDC) in the near term.

As Cointelegraph previously reported, the bill was sponsored by Representative Juan Vargas, D-Calif., and first introduced in June of last year.

H.R. 502 will require the Comptroller General of the U.S. to investigate how cryptocurrencies and online marketplaces may (in)directly enable sex or drug trafficking, and — based upon the study’s findings — recommend regulatory and legislative actions that would impede such illicit use. According to Washington D.C.-based political newspaper Roll Call, Vargas appealed to the House that:

“If we are to craft effective regulatory and legislative solutions to combat these transnational criminal organizations, we need to fully study and analyze how virtual currencies and online marketplaces are used to facilitate sex and drug trafficking, to determine how best to eliminate their use.”

An official press release from Vargas published yesterday emphasized that “while evidence points to the growth of virtual currencies as a payment method for illicit sex and drug trafficking, the true scope of the problem and potential solutions are still unknown.”

As an earlier memorandum outlined, the Comptroller General will be due to present his findings before the Committee on Banking, Housing, and Urban Affairs and the Committee on Financial Services.

Alongside H.R. 502, lawmakers yesterday agreed by voice vote to pass H.R. 56, which would create a grant fund for programs and ideas aimed at preventing the nefarious use of cryptocurrencies. The bill would also create an interagency task force, headed by the Secretary of Treasury, to investigate the use of new financial technologies in illicit contexts.

Roll Call cites Kristin Smith, director of external affairs at the Blockchain Association, as stating that the organization is “pleased Congress continues to take a serious look at these issues.”

Earlier this month, a bill exempting companies providing non-custodial crypto services from certain state money transmitting laws was re-submitted to Congress. In October, two representatives proposed a new bill, the “Blockchain Promotional Act 2018,” to the House of Representatives, advocating for the formation of a working group to study the potential impact of blockchain across the policy spectrum, and to establish a common definition of the technology.