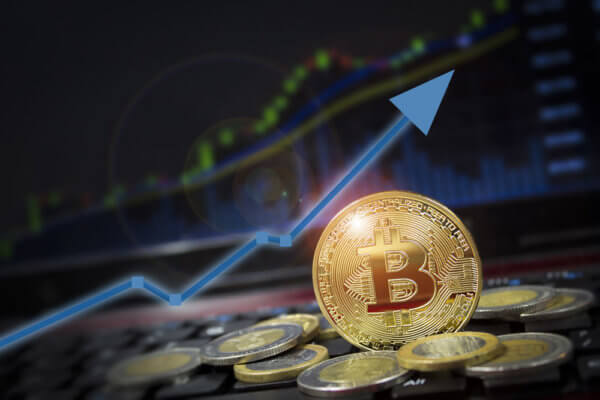 At this point, the cryptocurrency was up 3.6% for the day, and was trading at its highest level since November 12th, additional CoinDesk figures reveal.

The digital asset has been following a broad, upward trend for the last several days, pushing higher after reaching a 2020 low of $6852.09 on January 3rd.

Christopher Brookins, founder and CIO at Valiendero Digital Assets, spoke to these developments.

“The sharp move is the confluence of uptick in fundamentals” and technicals, he stated.

“I think the bottom is firmly in,” said Brookins, pointing to the “strong uptick” in bitcoin’s hash rate and his analysis of the Hurst exponent, a momentum indicator that helps determine the strength of a trend.

The digital currency was “very oversold at the end of Q4,” he added.

“This move took it above our previously cited support level at $7,700.”

“Then, new developments in Craig Wright’s legal battle fueled speculations regarding him being Satoshi Nakamoto (and potentially having control over the billions worth of initially mined Bitcoins), pushing up Bitcoin SV, and by association, Bitcoin Cash and Bitcoin,” noted DiPasquale.

More specifically, there are rumors circulating that Wright has received the final keys for him to unlock the so-called Tulip Trust, which supposedly holds more than 1.1 million units of bitcoin.

Bitcoin SV has skyrocketed lately, its price up more than 90% in the last 24 hours at the time of this report, CoinMarketCap figures showed.

“Persistent buying momentum (at the moment, it looks like RSI will push towards 80) has allowed bitcoin to retest/break key resistance of $8442 and is currently completing a Kumo breakout,” said Brookins.

“If that holds, it would confirm a resumption of the bull trend,” he stated.

However, Brookins added that “in classic crypto form, bitcoin is trying to regain all of its Q4 loses in 2 weeks.”

“So, it’s overbought right now, but I wouldn’t stand in front of the train for a reversal just yet.”

“As long as $8442 (now support) holds after RSI decompresses, the bulls are in control again,” stated Brookins.

“A quick look at the trading volume shows a huge increase parallel to the price increases,” he stated.

“So unless we break out of the 8800 and 9000 resistance levels this is just another price manipulation – intentional or not. So it’s bound to come back to re-test the lows.”

For now, bitcoin’s recent price rally “looks too much too quickly,” he stated.