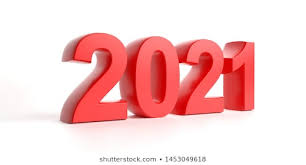 Where is Bitcoin Headed?

Bitcoin (BTC-USD) skyrocketed as part of the broader boom in speculative assets late this last winter and early in the spring. The price of one BTC quickly rose from around $30,000 at the start of 2021 to over $60,000 on the back of increased public interest and institutional adoption. By contrast, at the peak of the previous bull market in 2017, Bitcoin traded for around $20,000. Bitcoin’s downward reversal starting in April of this year was equally jolting. Among other incidents, Elon Musk angered the crypto community after pulling back on accepting Bitcoin, while the Chinese Communist Party launched a full-scale crypto crackdown. Throw in some margin calls on crypto speculators, and the price of Bitcoin was briefly cut in half.

Bitcoin has received criticism for its energy consumption, but the Chinese crackdown has a silver lining– Bitcoin mining has become far less wasteful in the past few months. Burning tons of coal to mine Bitcoin isn’t great, but inexpensive energy sources like excess hydroelectric power during flood seasons and natural gas flares (which need to be burned anyway) are ideal sources for the electricity needed to mine Bitcoin. Amid calls to “cancel” Bitcoin, the Harvard Business Review defended Bitcoin, and Elon Musk said he would be open to accepting Bitcoin again. Bitcoin today trades for a little less than $40,000 as of my writing this, and trading volume is lower than it was during the boom as hot-money speculators have moved out. Beyond recent volatility, however, there is good fundamental news on the horizon.

Despite the volatility, underlying adoption trends for BTC are encouraging. While not heavily reported in the mainstream media yet, Bitcoin’s Lightning Network is seeing exponential growth in adoption and has the potential to elegantly disrupt the current international money transfer system. The fees to remit money from the United States to developing countries are surprisingly high (5-7 percent for a typical remittance), and there is a massive volume of remittance transactions from immigrants in first-world countries to their families developing countries.

If Bitcoin’s Lightning Network is successful in disrupting the money transfer market, this will drive unstoppable growth in Bitcoin adoption in the developing world and increase the price of Bitcoin by brute force. As it stands, central banks in developing countries routinely run confiscatory levels of inflation, and their citizens who can’t earn in hard currencies like US dollars or Euros have little to no ability to build wealth. Bitcoin supporters commonly quote the Cantillon Effect, which stated that the closer you were to the king, the more money printing helped you. Life isn’t fair, but with increased adoption of Bitcoin, one doesn’t need to have political power as a prerequisite to building wealth.

Not every developing country is autocratic like this, however. In a forward-thinking move, El Salvador made news by making Bitcoin a legal tender in the country, reducing the massive toll that the present money transfer system takes out of their economy. More countries are likely to follow, increasing adoption, and in turn Bitcoin valuation. And even if governments in developing countries try to restrict the flow of capital in and out of their countries, the informal market will find its way around them. JP Morgan analysts were not big fans of El Salvador’s move from a macroeconomic perspective, but the bank now has a long-term price target of $140,000 on BTC and has a new fund for clients to invest in Bitcoin. This represents quite the turnaround for the bank, whose CEO Jamie Dimon once said he would fire any employee he heard of for trading bitcoin.

Is Bitcoin A Good Buy Now?

The US Senate is looking to increase cryptocurrency regulation as part of the bipartisan infrastructure bill.

The crypto industry has pushed back quite effectively lobbying against the regulations. My thought on this from talking to a couple of people in the industry is that the regulations are a little ambiguous, but that the US government views the Bitcoin industry as a profitable source of tax revenue–and as such is not looking to “crackdown” on crypto as much as get enforce taxation on gains similar to how the rest of the brokerage industry works. Given that the negatives have been overblown while the positives for Bitcoin are so clear, I expect Bitcoin to come out of this and trade for a higher price once the uncertainty is removed.

Obviously regulation is a risk for Bitcoin, but there is no evidence that the government is looking to disfavor Bitcoin compared with other assets. Gold, for example, has a higher maximum capital gains tax rate than stocks do so while Bitcoin does not. Gold enthusiasts are the ones who have a right to be upset here–crypto investors are getting a fair deal. Some of the issues with the regulation of Bitcoin have to do with complexity. For example, should transferring Bitcoin from one wallet to another be a taxable event? Probably not. Should buying a condo with Bitcoin be taxable? Yes. Mining is also a complex area, and the Bitcoin mining industry won a last-minute concession from lawmakers to avoid unnecessary reporting.

However, one area that is likely to see the hammer dropped on it is DeFi. There has been a lot of discussion on DeFi, stablecoins, and the more obscure corners of the cryptocurrency market. There’s a lot of sketchiness in some of the stablecoins, such as when it was revealed that Tether was mostly backed by various types of commercial paper, corporate bonds, and secured loans. To me, that sounds like something a bank would traditionally do with deposits, except that banks 100 percent have to report to the Fed on how much risk they take and crypto exchanges historically have not. To the extent that leverage is driving 8-10 percent returns for investors in certain stablecoins, the US Treasury and Fed are probably going to stop the party before something bad happens.

Over the next 6 months, I would expect that Bitcoin will rise as adoption increases. The theoretical justification for large increases in value as adoption increases is Metcalfe’s Law, although it’s been debated heavily, Metcalfe’s Law has tracked the price of Bitcoin fairly well since its inception. Increased adoption should lead to a higher fundamental value for Bitcoin over the next 6 months. Bitcoin is a highly volatile asset, so it’s impossible to say with certainty exactly where the price will end up. With increasing adoption, I expect BTC to challenge its previous all-time high in the next 6-12 months. Bitcoin has served long-term investors amazingly well since its invention, and while I expect the volatility to continue, the fundamentals and long-term thesis around Bitcoin remain compelling.