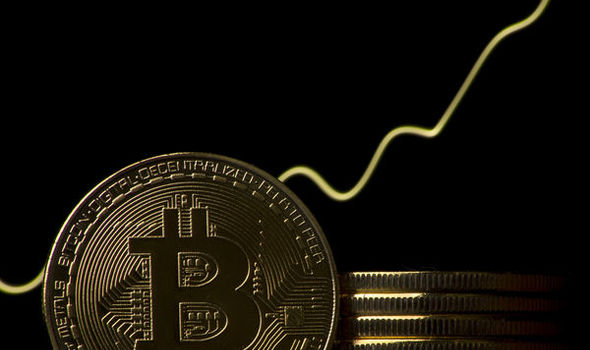 As the phrase goes, “what goes up, must come down.” And this is even more true for anything that goes up a little too fast – something Bitcoin price is known for.

The cryptocurrency’s latest rally has now gone parabolic, and according to “the stick method” it has reached a 90-degree angle, potentially signaling a “sizable” correction in the days ahead.

The abrupt and powerful rally has restored bullish sentiment throughout the cryptocurrency market and has the crypto Fear and Greed index tipping the scales back toward levels of greed.

The rally has caused Bitcoin price to once again go parabolic, albeit on smaller timeframes than the April 2019 rally or the 2017 bull run that put Bitcoin on the map in the first place.

But parabola is parabola regardless of the timeframe, and the latest rally, according to the “Stick Method” has reached levels of unsustainability and is overdue for a “sizable” correction.

According to one prominent crypto analyst, each stick is applied against price candles to measure the trend strength, and the more each “stick” approaches closer to the 90-degree angle, the probability of a correction rises exponentially.

When angle of the “Stick” is near 90 degrees…..it’s usually when NOT to FOMO in…but so many do. 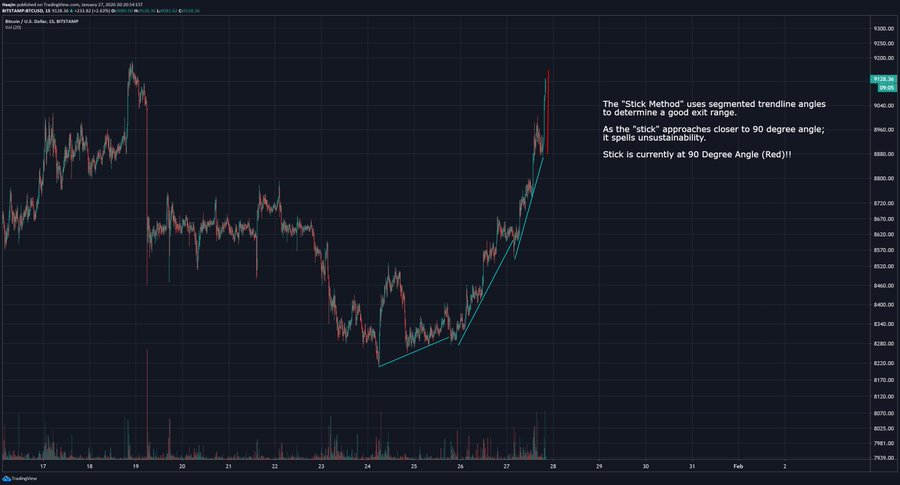 16 people are talking about this

The analyst says that Bitcoin price has reached a full 90 degrees, signaling a “long red candle” is “incoming.”

Data suggests that after an asset goes parabolic, rallies will retrace as much as 62% to 78% of its rise.

When Bitcoin’s parabolic advance was broken in late 2017, legendary trader Peter Brandt called for an 80% or more correction from the asset’s all-time high.

Bitcoin eventually bottomed at $3,100 – an over 80% drawdown from peak to trough.

Related Reading | Bitcoin is Officially About To Enter a Bull Market

But there is more at play here that could cause Bitcoin price to trend even lower. The lack of follow-through by bulls would certainly cause bears to salivate over the idea of even cheaper Bitcoin, and it could send a message that the crypto market isn’t ready for a new bull market just yet.

It also could take the wind out of the sails of crypto investors expecting Bitcoin price to explode ahead of the asset’s upcoming halving when the BTC miners receive as a block reward is cut in half. The event is expected to throw off the balance of supply and demand, causing the asset’s value to skyrocket.