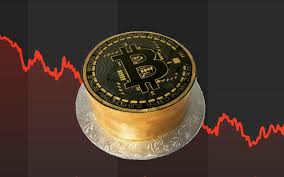 Bitcoin (BTC) is flashing gains on a week-to-date basis and appears on track to end its longest seven-day losing run in nine-months.

The top cryptocurrency is currently trading at $10,750, representing 10 percent gains on the weekly (Monday) opening price of $9,767, according to Bitstamp data.

The price rise is preceded by three consecutive weekly losses – the cryptocurrency fell 3.67 percent in the seven days to Aug. 31, having dropped 10.49 percent and 1.77% in the preceding two weeks.

BTC last chalked out losses for three straight weeks in November 2018. Back then, the cryptocurrency had dropped 1, 12.56 and 29.15 percent in the first, second and the third week, respectively.

Compared to that, the latest losing streak looks less damaging and is a part of a multi-week consolidation, representing bullish exhaustion following a stellar rally from $4,000 to $13,800 in the second quarter.

If prices print a UTC close above $9,767 on Sunday, the three-week downward trend will end. Meanwhile, BTC will chart its first four-week losing run in three years if prices close below $9,767 on Sunday.

That said, BTC is likely to eke out weekly gains, according to historical data.

As seen above, BTC charted multiple three-week losing runs throughout the 2018 bear market.

However, despite the strong bearish mood, the cryptocurrency repeatedly managed to stall the sell-off by scoring gains in the fourth week, although more often than not, the relief was short-lived.

As of now, BTC is in a bull market. Further, trading volumes dropped over the last three weeks, a sign of a bear trap.

That said, the probability of BTC closing the week with losses or on a flat note will rise if the recent trading range of $400 is breached to the downside in the next 24 hours or so.

A more reliable indicator of bullish revival would be a UTC close above the lower high of $10,956 created on Aug. 20 (above right), as discussed yesterday.

The weekly gain, however, would be meager or the cryptocurrency may close the week in the red if prices drop below $10,400 with high volumes.

A high-volume range breakdown would mean victory for the sellers in the ongoing tug of war with the bulls. As a result, prices could fall back into four figures – more so, as key weekly indicators like the moving average convergence divergence histogram have turned bearish for the first time since February.