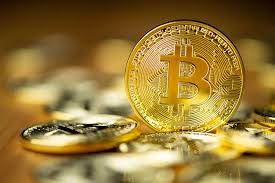 Data from Coin360 showed BTC/USD clinging to support above $11,000 Tuesday, as the fallout of another delay to a Bitcoin ETF hitting the market appeared to impact markets less than ever before.

Bitcoin was down 0.22% at press time, while 7% weekly losses contrasted with the cryptocurrency’s best weekly close of 2019 set over the weekend.

As Cointelegraph reported, previous ETF-related decisions by the U.S. Securities and Exchange Commission sparked considerably more uncertainty for Bitcoin, with the price succumbing to downward pressure.

Now, analysts are instead looking to strength in gold to determine whether Bitcoin could likewise continue expanding.

Bitcoin’s relationship to the precious metal as an investor safe haven gathered traction in recent weeks, due to the turmoil in China coinciding with a fresh boost for BTC/USD to over $12,000.

As the crypto trader and developer known on Twitter as RideTheLightning noted, gold is currently at the top of its short-term range and seeking a breakout.

“Gold at HTF resistance, if it busts through I wonder if Bitcoin follows,” they commented uploading an accompanying chart.

Across altcoin markets, tokens fluctuated around Bitcoin’s sideways performance, gaining or losing up to a modest 2.5%.

Out of the top twenty cryptocurrencies by market cap, it was Bitcoin Cash (BCH) leading the way with 2.3% daily growth, while Binance Coin (BNB) managed 1.3%.

Ether (ETH), the largest altcoin, at the same time contracted 1.5% as a continued bearish trend takes the token ever lower against both USD and BTC. Ether has not traded at current levels against BTC since March 2017.

A survey this week nonetheless revealed strong belief that ETH/USD would return to trade above $1,000 once more in the future.

The total cryptocurrency market cap is $294 billion, again slightly down on Monday’s figure, while Bitcoin’s share remains at close to 69% of the total.