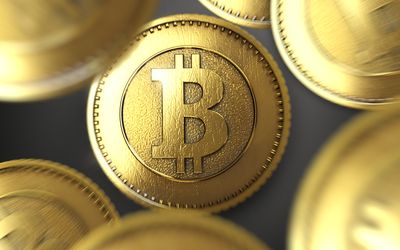 Bitcoin price might move in a sideways trend until the next halving. Then, it might finally explode to new all-time-highs, according to a Twitter user who applies the stock-to-flow ratio model.

Previously, we reported on bitcoin price forecasts that used the stock-to-flow (SF) ratio model, which was initially proposed by Twitter-based crypto and commodities analyst PlanB.

The stock-to-flow (SF) ratio typically applies to commodities. In the case of bitcoin, the ratio was calculated by dividing the current supply by the number of coins generated per given period. In other words, the scarcity or abundance level of BTC was visualized.

A Twitter user recently used the same model to spot an interesting pattern. The repetitive behavior relates to bitcoin’s upcoming halving event when the block reward will reduce by 50 percent. Specifically, it seems that the bitcoin price deviation in relation to its SF ratio converges to an imaginary equilibrium line until the halving event disrupts it and pushes to new highs.

From the 3 data points we’ve available so far in the 11 years of Bitcoin history, it appears that:

Bitcoin Price-to-S2F deviation converges toward S2F equilibrium until the next halving induced supply shock disrupts it. 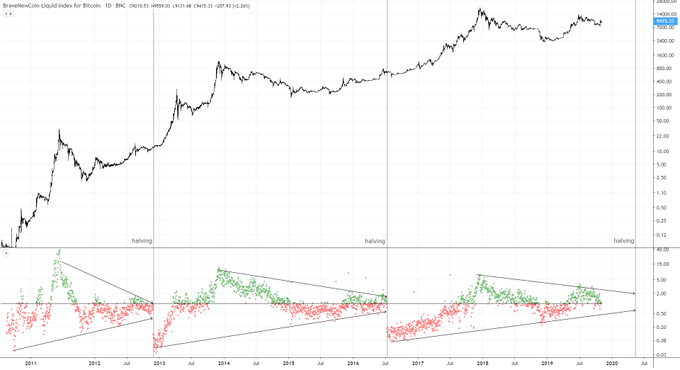 122 people are talking about this

In other words, the halving event is appearing to act as a strong impulse that will lead the bitcoin price to surge and deviate from its SF ratio line. The rally is then followed by a correction in which BTC tries to overlap the SF line until the next halving.

SO WHEN DOES THE NEXT RALLY START?

It seems that this chart model doesn’t favor bitcoin bulls until the next halving. The event should happen in May of next year. Thus, we might see the cryptocurrency moving in a sideways trend until then, even tumbling below the $7,000 mark.

However, the interesting part comes after the halving. Thus, bitcoin price might surge above $30,000 in the following years if the price continues to follow this pattern.

Last month, PlanB himself predicted a rally that might come in up to 12 months, proclaiming a “new phase.”