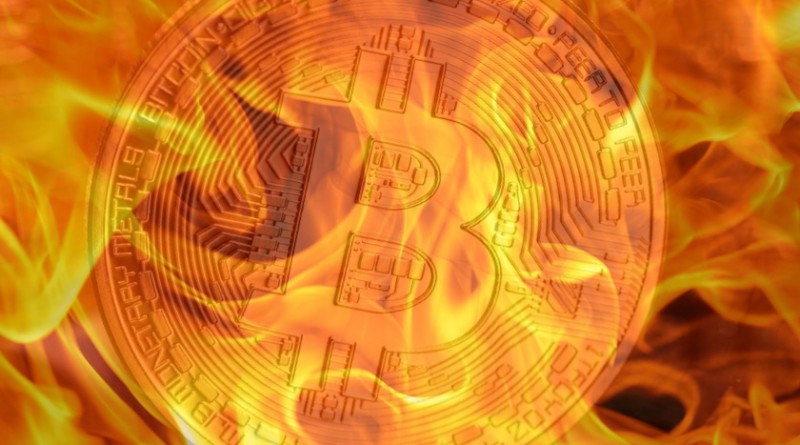 The world’s largest digital currency fell as much as 9% to a low of $7,435.26 Wednesday. That marked bitcoin’s lowest level since June.

The plunge came as Facebook CEO Mark Zuckerberg appeared before the House Financial Services Committee to defend plans for a new cryptocurrency, libra. Zuckerberg’s testimony follows a July congressional hearing with David Marcus, the former PayPal executive in charge of Facebook’s libra project, in which lawmakers blasted the project and potential for cryptocurrencies to be used for money laundering and terrorism.

“Today’s selloff is a continuation of the themes that have been plaguing crypto for the past few months — increased regulatory scrutiny,” said Jeff Dorman, chief investment officer at Arca. Dorman said a “lack of positive catalysts” coupled with low trading volumes have exacerbated the moves lower. 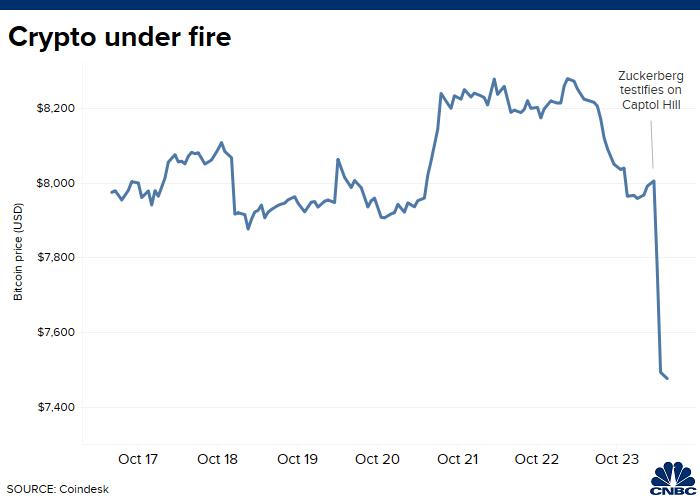 While some analysts say Facebook’s involvement put crypto on the map, it has also brought new scrutiny to the fledgling technology. Rep. Brad Sherman, D-Calif., was among those from both political parties Wednesday who highlighted libra’s potential use by drug dealers, tax evaders and terrorists.

“Cryptocurrency either doesn’t work, in which case investors lose a lot of money, or it does achieve its objectives, and displaces the U.S. dollar as the sole reserve currency in the world,” Sherman said during the hearing. “You’re going to be making powerful burglary tools and letting your business partners commit the burglary.”

The social media giant saw immediate and widespread scrutiny in the days after announcing its plan to launch a global cryptocurrency in June. Despite dozens of other members originally signing up to be part of the Libra Association, Facebook has seen the most pushback. Since the original announcement, a group of key members withdrew from the project in October, adding to concerns that it might have trouble getting off the ground. Still, the remaining members signed a charter in Geneva, Switzerland, to move forward with the project.

Despite the criticism, Zuckerberg told lawmakers in prepared remarks that the Facebook-backed libra cryptocurrency “will extend America’s financial leadership as well as our democratic values and oversight around the world.”

“While we debate these issues, the rest of the world isn’t waiting. China is moving quickly to launch similar ideas in the coming months,” Zuckerberg said in his remarks. “Libra will be backed mostly by dollars, and I believe it will extend America’s financial leadership as well as our democratic values and oversight around the world. If America doesn’t innovate, our financial leadership is not guaranteed.”

Brian Kelly, CEO of BKCM, told CNBC that other factors were contributing to the sell-off. Macro hedge funds were buying bitcoin as a hedge to Brexit, which is looking less likely in the near future. As a result, those funds are now selling, Kelly said. Bitcoin miners, who use high-powered and expensive computers to create bitcoin, have a “break even” price of between $7,900 and $7,500 — any dip below that causes them to sell, he said.

Zuckerberg’s testimony is a “secondary effect,” according to Kelly.

“Buyers are reluctant to step up before they hear the Q&A,” Kelly said.