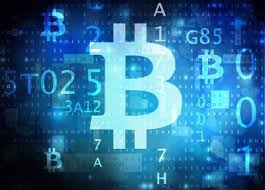 Richard MacManus is the founder and former editor of ReadWriteWeb, a popular tech blog that was launched in 2003 and later acquired by SAY Media in 2011. He now publishes a tech newsletter called Augment Intelligence and authored the book “Health Trackers“.

In this opinion piece, MacManus talks about the difficulties of running a web-based business, and why he believes bitcoin offers a platform for potential solutions.

The fact I could manage this business virtually, from New Zealand, showed the power of the Internet tools the blog evangelized. The RWW team communicated via Skype. We published on Movable Type. We managed projects on Basecamp. We scheduled meetings with GoToMeeting. We kept track of the editorial calendar using Google Calendar.

There was, however, one crucial component missing in our virtual office: a decent tool for online payments. And we had to do a lot of online payment processing; paying staff and accepting payments from our sponsors being the two most important. The closest we got to a viable tool was PayPal, but we quickly learned to avoid it.

PayPal’s fees for international payments were (and still are) exorbitant. What we ended up using was the international banking system, SWIFT. It was full of red tape, the bank’s online software was buggy, and often we found that one or more intermediary banks had taken a chunk of money during the process.

In short, the banking system was opaque and frustrating… but even then it was better than PayPal.

My overly long point is this: Online payments aren’t yet solved. Bitcoin may be the solution.

The promise of a PayPal killer

Bitcoin is a decentralized digital currency.

As I type this, its value is $372.57. It fluctuates a lot, which is part of the reason it’s not quite ready to be a PayPal killer. But the underlying system is solid.

I won’t go into the technical definition of bitcoin, but simply put, there are two main uses for bitcoin currently:

What makes bitcoin more appealing than PayPal or credit cards?

For a start, the fees are much less extravagant. You may not even need to pay any transaction fee, although bitcoin’s website suggests that paying a small fee could speed up the transaction.

Bitcoin is also appealing because it is essentially a universal currency. So, there aren’t onerous currency conversion procedures to go through – which are always a ‘gotcha’ with international bank transfers, PayPal transactions and credit card payments.

A number of mainstream goods and services websites have begun to accept bitcoin as payment — including WordPress, OKCupid, Expedia and Microsoft.

Perhaps the biggest retailer so far is Overstock, which began accepting bitcoin in January 2014.

The founder of Overstock, Patrick Byrne, tweeted that month:

Byrne is a big advocate of bitcoin, although it should be noted that Overstock itself does not accept bitcoin. Instead it partnered with a third-party company, Coinbase, to accept bitcoin on its behalf. Coinbase then pays Overstock in US dollars, though it does keep some bitcoin reserves.

This way Overstock avoids the risks of holding bitcoin – especially the volatility of bitcoin’s value.

So if you’re a retail company or startup, or offering services online, should you accept bitcoin? It can’t hurt to add it as an option, although Overstock’s experience suggests that it’s not straightforward to set up.

What about from the other side of the coin (so to speak). Should you use bitcoin as a consumer? It’s a viable option if you live in a country that makes it easy for you to purchase bitcoin.

Unfortunately, my own country is not one of those. Foiled again! But those of you in the US and much of Europe are well served with bitcoin vendors.

Coinbase is one of the most established bitcoin ventures. Backed by VC luminaries like Fred Wilson and Chris Dixon, Coinbase offers a bitcoin buy and sell exchange as well as a “wallet” to hold your bitcoins (similar to a bank account).

But even if you have access to a slick service like Coinbase, there are risks in using bitcoin to purchase goods and services. Apart from the volatility of the price, there is a lack of consumer protection.

As the US Federal Trade Commission warned in June 2015:

“…payments made with virtual currencies aren’t reversible and don’t have the same legal protections as some traditional payment methods. Once you hit send, you can’t get your money back unless the seller agrees.”

It’s clear that bitcoin isn’t ideal for online payments at this time.

As a retailer, compared to existing currencies it’s not straight forward to receive payment in bitcoin. And as a consumer, it isn’t universally available and (where it is available) it carries risks.

But that’s one reason why startups exist: to overcome obstacles to adoption of a new technology. There are opportunities for startups to make it easier for retailers and consumers, and to widen access to the exchange of bitcoin.

One particular use case I’m excited about with bitcoin is its potential to enable the long sought after business model of micropayments. This is the practice of paying a tiny amount for a good or service.

For example, paying $0.10 cents to read an article on a news website. Because of ad blockers and the rapid decline of online advertising revenue, publishers are currently struggling.

Micropayments perhaps offers an alternative revenue source. At the very least, it’s worth experimenting with and I applaud startups that are putting forward potential solutions.

One such startup is called SatoshiPay. It’s named after bitcoin’s mythical creator, Satoshi Nakamoto. Also, “satoshi” is the accepted term for the smallest fraction of a bitcoin: currently set at 0.00000001 BTC.

SatoshiPay bills itself as an enabler of “bitcoin nanopayments” and asks us to “imagine a web where you can purchase an article, image or video for 1 cent.” It’s early days for the company  – it only just announced its seed funding – but SatoshiPay is a good example of how bitcoin could drive innovation in online payments.

In conclusion, bitcoin isn’t yet ready to dethrone PayPal as king of online payments.

Indeed PayPal itself may yet evolve into a key bitcoin payments processing company – although CoinBase has gotten the first mover advantage on that front. But once bitcoin’s volatility settles down (which may be a while, on the evidence of a recent schism in its developer ranks), bitcoin has clear technical advantages over PayPal, banks and credit cards for online payments.

One thing is for certain: bitcoin is in the process of disrupting Paypal. And for that we should be thankful.

This post originally appeared on Medium and has been republished here with the author’s permission. For more of Richard’s insights, subscribe to his newsletter, Augment Intelligence, here.