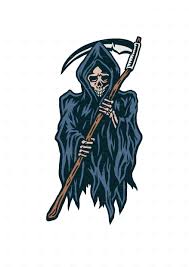 The infamous “Bitcoin Obituaries” has seen another addition to the long list of deaths since bitcoin’s oldest death on December 15, 2010. According to the list of articles with 382 deaths to-date, bitcoin was declared dead again on September 4, 2020.

Ever since Satoshi Nakamoto released the decentralized network, a number of people have doubted bitcoin and over the years some individuals have deemed the project “dead.”

Famous people, journalists, economists, luminaries, and many more have written long-winded essays on why the cryptocurrency is sure to fail. The website 99 Bitcoins maintains a list of “Bitcoin Obituaries” collected over the years and so far there’s been 382 deaths in total.

This past weekend the crypto economy slid in value considerably, as a number of digital currencies lost between 15-35% during the last seven days. Out of the top ten coins in terms of market capitalization, binance coin (BNB) staved off the market rout by only losing 12% and bitcoin (BTC) lost a touch over 16%.

The rest of the top ten crypto assets lost a much larger percentage, as coins like ETH and DOT lost close to 30%. Despite this, another bitcoin obituary was listed on September 4, when BTC dropped to $10,500 per coin.

The death stems from the web portal Newsbtc and it was written by Uri Shalev who titled the article: “Bitcoin is Worthless in Long-term.” Shalev says that even Warren Buffet won’t go near the crypto asset and BTC must be a bubble.

“In contrast, bitcoin or other digital currencies are very likely worthless in the long term, and those are the kind of assets that investing legend Warren Buffet won’t touch,” Shalev writes. “It’s these latter kinds of assets that have a greater chance to be in bubble territory because they don’t generate cash flow to support their valuations.”

Of course, most crypto proponents understand that bitcoin is not dead and the digital asset has seen much bigger losses than a mere seven-day 16% cut. In fact, the “Bitcoin Obituaries” list has gotten lighter over the years, as 2020 has only seen three deaths total with Shalev’s piece included.

2020 has been a crazy year, in general, with the faltering global economy and Covid-19 outbreak that plagued the world. Despite this tumultuous year, 2020’s death list, at least so far, is much lighter than most years and could compare to 2010, 2011, 2012’s single-digit numbers.