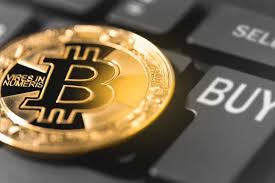 Bitcoin and cryptocurrency market chaos this week has caused panic among traders and investors who have been nervously waiting for a sudden move for months.

The bitcoin price plummeted this week from its recent plateau of around $10,000 per bitcoin to under $8,000–losing some 15% of its value in a matter of hours.

Now, as bitcoin technical data looks bleak and bitcoin bulls advise traders to “buy bitcoin at every chance” they get, the market looks as confused as ever.

Meanwhile, the founder, chief executive, and chief investment officer of Morgan Creek Capital, a U.S. bitcoin and cryptocurrency investment company, told traders to “buy the dip,” adding daily moves in the bitcoin price “don’t matter,” and should be ignored.

Yusko, who was speaking to CNBC, has previously said the bitcoin price could hit $30,000 per bitcoin before its next major pullback.