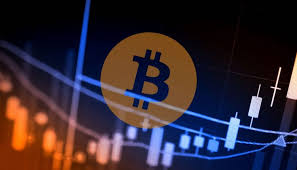 Bitcoin is once again getting mainstream media exposure as it was mentioned in the “Late Show” by its host, Stephen Colbert.

During the latest episode of the Late Show Thursday night, Stephen Colbert made some jokes mentioning bitcoin and blockchain as he referred to a clip of President Donald Trump in Louisiana.

Trump held a Nov. 7 rally in the state to support the Republican gubernatorial challenger, Eddie Rispone, who is trying to unseat incumbent Democratic Governor John Bel Edwards in the nation’s last governor’s race of the year.

So, is there any place you would rather be than in a Trump rally on a beautiful, wonderful evening in Louisiana?

Off the top of my head, the DMV, the dentist, someone else’s child’s clarinet recital, a Soviet gulag, covered in honey and staked to an anthill, sliding down a 50-foot razor blade into a bathtub of gin, and in conversation with someone who knows a lot about bitcoin.

Go on, go on about blockchain.

Larry Cermak, Director of Research at The Block, said that Colbert’s remarks made the perfect meme for all blockchain supporters.

Anthony Sassano, Product Marketing Manager at Set, joked about how positive mainstream media exposure can be for bitcoin.

It was not long ago when bitcoin made its first appearances on mainstream media. Now, it is becoming part of the global financial system and investors around the world are using it as a hedge against financial turmoil. It remains to be seen where this cryptocurrency will go from here.