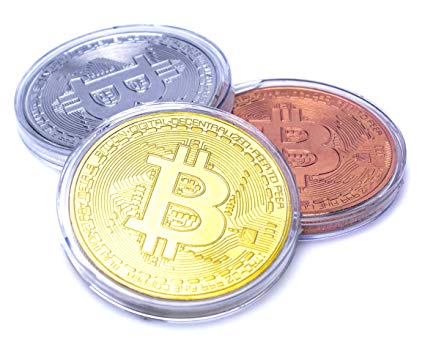 It will seem strange to many but there are a lot of people preparing for the end of the world. It’s not just the prepper community that has Armageddon anxiety, it’s quite a common thing. Who is to blame anyone for expecting the worst when the media pours out a never-ending flood of doom and gloom and desperately upsetting news? You must be desensitized, thick skinned, tough as nails or extremely carefree to be able to consume what the media throws at you and not end up at least taking some notice of the never-ending cascade of end of times news stories.

If global warning isn’t going to get us, an asteroid isn’t going to strike, a plague thawing from Siberian ice sheets about to scythe us down, it will be the civil war in America, the collapse of the dollar, peak oil, no oxygen in the oceans, the 1%, a pantheon of local and international politicians, terrorists, dirty bombs and perhaps the much predicted second coming itself that will holocaust.

It’s not surprising that there is a whole demi-monde of enterprises supplying the salve to an anxious audience.

A one year’s worth of food supply for four people can be yours for only $5,000.

Not many people take their end of the world survival that seriously and it would make for a tricky storage problem for a city dweller, who might have to sacrifice their second bedroom or all available closet space to have such reserves close at hand. So for many, the answer is to stick gold in a sock, as the only ticket out of trouble after the mobs are marauding after the plague-carrying asteroid has struck.

Sadly, this is a bad miscalculation, as many sad cases discovered during the second world war. A gold coin might buy you a bar of soap or nothing at all if the nightmare scenario some are delirious about were to strike.

What Does It Mean That America Is A Net Exporter of LNG?

Luxury Holiday Destinations To Treat Yourself To This Year

What Greta Thunberg Can Teach Us About Business Travel

Gold is not good for much in extreme circumstances.

If you are going to go down this road of planning for the worst you need to think in terms of gradients.

Bitcoin, gold, silver: If you lay this in for such an outcome, when it strokes all these instruments will spike. In a 2007-2008 crisis the key issue is counterparty risk. Bitcoin (BTC) and platinum group metals (PMGs) are a good way of keeping your assets out of the hands of counterparties that might implode. Bitcoin is faster to transact and easier to hold than gold and silver but it makes sense to hold some of all.

Bitcoin: Need to bug out, because the walls are closing in? Bitcoin is the way to go. Taking much gold through the airport is not going to work.

Bitcoin, gold and silver: Silver is probably a favorite here because silver, especially silver coins are great for small transactions. Gold is too high value for most transactions and flashy. Bitcoin is useful because it can work globally and is an easy carry.

Level 4. The losing side of widespread war

Bitcoin and some silver: The risk of being plundered or having it appropriated is high, so once again BTC comes out on top.

Level 5. The Big one

As the nuclear winter falls, the plague ridden zombies make their final onslaught as the aliens black smoke sweeps all, there is probably no point in preparing.

Yet if you want to prepare, bags of old silver dimes, a bag of 1/10oz gold eagles and an SD card with bitcoin on it, is the way to go.

It is not necessary to have half a ton of silver in your basement (approximately $500,000) but if the future of mankind is troubling you, it might make sense to sock away some silver, gold and bitcoin if that buys you some peace of mind. Peace of mind is after all a big fat dividend that pays out all year.

Clem Chambers is the CEO of private investors website ADVFN.com and author of 101 Ways to Pick Stock Market Winners and Trading Cryptocurrencies: A Beginner’s Guide.

In 2018, Chambers won Journalist of the Year in the Business Market Commentary category in the State Street U.K. Institutional Press Awards.