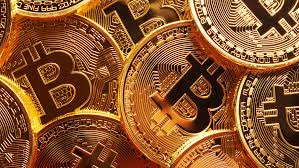 Bitcoin prices on Wednesday traded to their lowest level in a week and were on the brink of falling below a psychologically significant level below $3,500.

Despite the persistent selling pressure, one market watcher said at these levels there is more upside than downside for those looking to find a buying point.

“Bitcoin continues flirting with the [$4,000] level as it struggles to find its footing following the latest selloff,” wrote Jani Ziedens of the CrackedMarket blog. “But given how far we fell, at this point there is more upside than downside. That said, few things move as far and as fast as cryptocurrencies.”

See Also
Why Does Trump Want a Good Relationship With Putin?

“The world’s 5th-largest cryptocurrency continues to record losses in the aftermath of the hard fork it went through last month, and as part of the market-wide trend,” wrote analysts at eToro in a Wednesday blog. “Bitcoin Cash tumbled an additional 8% over the past 24 hours, and further extended its losses to record a new all-time low.”

With crypto prices in decline across the board, the total value of all digital currencies is at $121.8 billion, down $9 billion from the start of the week, according to data from CoinMarketCap.