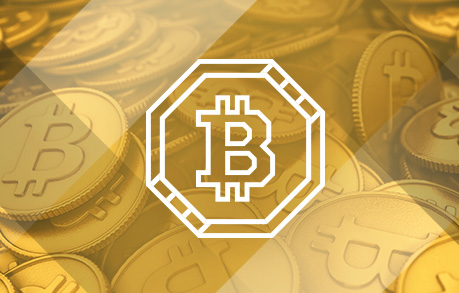 There has been a lot of talk about Bitcoin ETFs as of late, first with the SEC’s disapproval of nine Bitcoin ETF applications in late August and now regarding their pending review. For cryptocurrency fans, a feeling of deep disappointment has given way to some optimism with reports that public statements in favor or opposition to the ETFs will be received until October 26. After this date, the Bitcoin ETFs will be considered in light of new developments and changes implemented by the companies that submitted the original applications. While some are getting excited about a potential crypto price rise, other commentators are firm in their conviction that a Bitcoin ETF is not going to happen any time soon.

Irrespective of any Bitcoin ETFs that may be in the pipeline, there is a company that is here to deliver all the desired financial services, straddling the fiat and crypto world, with a modular ecosystem that delivers to individuals and big businesses. That company is Optherium, and its services have been given an exemption by the SEC under regulation D. Optherium also holds various foreign exchange licenses, including those for the European Union. In a short time, Optherium has invested a huge $3 million into the research and development of their global financial blockchain infrastructure, which is only getting stronger. While the ETF route stalls, Optherium’s Ecosystem is already functioning and being used by crypto adopters worldwide. This begs the question: Do we need a Bitcoin ETF at all? Can Optherium provide the necessary conditions to allow investment to flourish on its own? Let’s take a closer look.

An ETF, or exchange-traded fund, is a way of investing in something from an arm’s length. Rather than directly holding a commodity, bond or group of assets, you can buy a stock provided by a company, which follows the original asset. The reason that people are so excited is that big institutional investors are afraid of crypto, but a Bitcoin ETF is seen as a way of remedying the situation. Considering 31 crypto exchanges have been hacked to the tune of $1.3 billion over the last eight years and 54% of crypto exchanges are reported to have security holes, it is no wonder that huge investors are staying away.

A Bitcoin ETF, however, would let traders with brokerage accounts make investments in Bitcoin (BTC) without having to deal with wallets, multiple exchanges and crypto purchases themselves. From an investor’s standpoint, going through a reputable financial institution with experts to hold the currency, not to mention an investment that is tradable on exchanges, is a much more attractive avenue. From a crypto holder’s standpoint, they believe wider cryptocurrency adoption will drive up prices due to greater demand and liquidity.

Although a Bitcoin ETF would drive some crypto awareness and adoption in the long term, there are some significant drawbacks and the rapid windfall crypto champions are hoping for is unlikely to instantly materialize. Despite the optimism, the Bitcoin ETFs were rejected on some pretty solid grounds. The SEC wrote in the case of GraniteShares, “the Exchange has not met its burden … in particular the requirement that a national securities exchange’s rules be designed to prevent fraudulent and manipulative acts and practices.” Whether the situation will have changed on review is possible but not likely, so the saga may drag on for longer than crypto enthusiasts wish.

There are other problems that become apparent when assessing the creation of a Bitcoin ETF, chiefly the fact that it goes against the philosophy of the crypto community. The financial freedom that cryptocurrencies afford will be taken away because ETF holders will need to rely on a company, to whom they will have to pay fees. Then there is the fact that holders won’t be able to buy or sell instantly, they will have a coupon that they will need to redeem, which takes time.

One final point is that if a Bitcoin ETF is launched, it will take time for big investments to come in. Large institutional investors are unlikely to jump in with wads of cash on creation and growth will happen slowly over time.

What is Optherium and What Can it Bring to the Table?

In reality, the world doesn’t even need a Bitcoin ETF. Security and usability are the two big points that are required to drive investment. Optherium already provides this and its Ecosystem can be used now!

The Optherium Ecosystem was developed by Optherium Labs, the CEO of which is Serge Beck, an entrepreneur who worked on Wall Street for over 10 years developing and implementing software systems for some of the biggest financial institutions, such as Merrill Lynch, Bear Stearns, and HSBC. Upon witnessing the problems associated with the centralized storage of information, which is vulnerable to attack, and the slow and costly movement of funds globally, the idea of creating a new system for global banking started to emerge. To this end he teamed up with Roman Kaganov, a blockchain expert with extensive experience in the banking sector; Vadim Ivanenko, an investment professional; Bunty Agarwal, an old hand in the corporate finance arena; and Ari Zoldan, an experienced public relations expert.

Up until Optherium, no product had come along that was strong enough to resolve these persistent problems. The Optherium Ecosystem is the new blockchain standard and provides a more flexible and safer environment than an ETF for holding and storing not just Bitcoin, but over 150 cryptocurrencies. Working on a MultiDecentralized Private Blockchains Network, it takes sensitive data from centralized repositories and then splits, encrypts and stores it on layers of decentralized blockchain. Utilizing MultiSecure Technology, this data can only be accessed through multi-factor authorization, the centerpiece of which is patented by Dynamic Biometrics software. As an additional layer of security, users of this Ecosystem can upload a biometric template including voice, fingerprint and retina, but most importantly, dynamic facial movement. We have seen biometric technology fooled by static imagery, which is why catching the idiosyncrasies of a person’s movement is so important for real security. Optherium represents the death of the password. With this technology, each person can be their own private key.

Dynamic Biometrics has opened up another possibility: the retrieval of private keys, something that crypto users have been crying out for. While all data is decentralized, a copy of your private key is kept in cold storage, on multiple air-gapped computers. If a key is lost or stolen, it is no longer a cause for alarm, as users can verify themselves with Dynamic Biometrics to retrieve their key and safely access their assets.

Why Optherium is a Viable Alternative to Bitcoin ETFs

So, why should investors, who are not willing to enter the unsafe world of multiple exchanges and wallets, consider Optherium? First, the Optherium Ecosystem is a whole bunch of services in one. It is the only place you will ever need to go to store, buy, sell or transfer both fiat and cryptocurrencies. There is no need to set up wallets for exchanges that are vulnerable to hacking due to their use of hot wallets and centralized data storage. With Optherium’s mobile eWallet VivusPay and Optherium’s built-in BitCrox Exchange, all transactions can be handled by you, instantly. Through the use of Optherium’s OPEX token, conversions between crypto and fiat are done without intermediaries, meaning much lower fees and much higher speeds than it can be achieved elsewhere. As well as gaining an exemption under SEC Regulation D, Optherium is extensively regulated to comply with AML (Anti-Money Laundering) protocols and is obtaining banking licenses for their Optherium debit card, which can be used to withdraw crypto funds as fiat from any ATM in the world.

To put all the above information into a few words, through security, speed, and flexibility, the Optherium Ecosystem allows anyone to invest small to large sums of money in not just Bitcoin, but more than 150 currencies. The investor will be the true owner and not some financial entity, so Bitcoin or any other currency (including fiat) can be sold or transferred across the globe instantly. Assets will be more liquid than an ETF, with the additional benefits of smaller commission and no fees to brokers. Its security and Key Recovery Service means you will be able to access Optherium’s services wherever you are and rest easy without the fear of being defrauded. Finally, unlike an ETF, the Optherium Ecosystem is already working and making transactions as we speak!

Precisely what will happen over the next 12 months regarding Bitcoin ETFs is unclear, but Optherium is unaffected. They have signed a contract with CoinBene, which will give the OPEX token huge exposure by listing it on their exchange with more than 1 million active users. Optherium is in talks with big financial institutions who are looking at bringing in Optherium software to bolster security, usability and the inevitable crypto adoption by the general public. Once this occurs, the natural place to trade will be on the Bitcrox decentralized exchange, where large and small-scale investors can follow the markets and trade with complete freedom.

Optherium’s Whitelist sale has already begun, attracting investors looking to pick up OPEX tokens at a discounted price and explore node licensure. You can be a part of Optherium’s story as they roll out even more services in the near future, such as the OTC desk, a platform built specifically for traders who wish to utilize Optherium’s unique features. This is undoubtedly an exciting time for crypto holders and the Optherium Telegram channel is the best place to stay on top of the freshest developments. For those that are still wary of the digital economy, the new and improved standard is being created, as Optherium provides a bridge from the finance we are familiar with to the future of global currency movements.