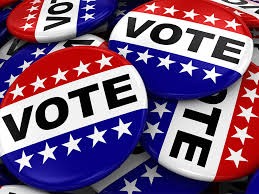 It will rise in value regardless of the outcome, a cryptocurrency fund chief says

Bitcoin and other risk assets are not reliant on who wins the US elections, as they will shrug off market uncertainty regardless of the outcome, according to Jeff Dorman, chief investment officer, at cryptocurrency hedge fund Arca.

“They just want to know that there’s a winner,” Dorman told Business Insider in an interview on Thursday.

He said while a majority of investors expect a hung election, or one in which neither party has an overall majority, it doesn’t matter who wins because all risk assets will see a huge rise.

Longer term, however, a Joe Biden victory would be better for Bitcoin and gold because that would imply an unprecedented level of government spending, he said. “I would say Democrats are better for inflation hedges, but as long as there’s a clear winner at some point, everything’s going higher,” Dorman said.

It benefited from a stream of supportive headlines last week. PayPal said it would enable users to buy, sell, and transfer Bitcoin, investor Paul Tudor Jones called it the “best inflation trade,” and fintech firms including Square, Microstrategy, and UK fintech Mode disclosed that they had bought Bitcoin as part of their cash reserves.

Dorman, who has been in the asset management business for 17 years, said a billionaire investor like Tudor Jones investing in Bitcoin won’t necessarily ignite a bull market, but it has lowered the fear factor of entering the digital asset market.

Dorman, who calls himself a Bitcoin bull, said fintech firms are disrupting the traditional finance industry, as they have the ability to move quicker on offering services for digital assets.

“Look at the stock prices of traditional banks versus fintech this year and see how high the PayPals and Squares and the likes are doing relative to JPMorgan and Bank of America,” he said. “It is a huge deal. It’s a bigger negative to banks than it is a positive to bitcoin, in the sense that you’re now offering an additional service that banks can’t provide,” he said about the potential of fintechs.

Dorman does not think Bitcoin is a safe-haven alternative to the US dollar, but said it could provide a hedge against inflation.