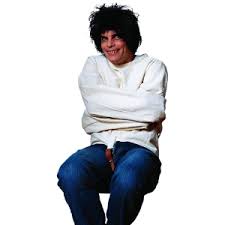 In a recent essay, Bittorrent founder Bram Cohen lays out his interpretation of recent Bitcoin projects such as Bitcoin Classic. He labels the project purely marketing and hints what they are creating is a form of an alternative digital currency, also known as an alt-coin.

This, a controversial opinion in Bitcoin circles, has major implications about how the Bitcoin protocol evolves from here.  In his essay, Cohen writes:

Let’s say that you’re running a company and want to create some internal competition between teams to see which ones can perform better. You can do this with R&D, and sales, but I would humbly suggest that you don’t do it with receivables. Sending out duplicate invoices to customers is generally referred to as ‘criminal behavior’.

But the CEO of Coinbase is seriously claiming, with no hint of sarcasm, that this is exactly what Bitcoin should do. Rather than claiming that a hard fork could be done cleanly and without a split, he’s instead doubling down and saying that the chaos and thievery which would come with two active competing forks would be ‘healthy competition’.

This flies in the perspective of what many leading Bitcoin proponents are saying. Roger Ver sided with what Cohen terms ‘Classiccoin,’ calling it the correct solution. Whatever led him to this conclusion is not technical expertise in Bitcoin development. On any given day of the week,  I am certainly siding with the FOUNDER OF BITTORRENT before Bitcoin Jesus. You should too.

So, forget Bitcoin Classic. Classic coin from the get-go was a marketing scheme. Who can forget the time Jonathon Toomim mentioned that Bitcoin developers need a PR Team? The ego and bravado of launching a PR distraction under the guise of intellectual discussion is palpable. It’s amazing how so many segments of the Bitcoin space has been given to naif neophytes with grand delusions of Wall Street and Silicon Valley excess via Bitcoin pursuits all the while producing nought.

As the singer of SST punk rock band The Minutemen, D. Boon, once said: “Let the products sell themselves, fuck advertising, psychological methods should be destroyed.” Perhaps hyperbolic, that sentiment should be reflected in the renegade circles of the Bitcoin community. Instead, the Community by-and-large turns to marketing methods to package and sell self-interest, combining in some ways the worst of Silicon Valley and Wall Street.

The “Bitcoin Community” is nothing more than a convention of minds in the lower echelons of the Bitcoin hierarchy, with vendors and pitchmen trying to get by in the crypto-hustle. As Cohen states about the wrongheaded opinions of some of Bitcoin’s influential minds:

I don’t know why the CEO of Coinbase is advocating for this insanity. It’s possibly because Coinbase would be well positioned to engage in the sort of chicanery explained above. But it’s equally plausible that he’s just an idiot. Either way, I’m no longer going to give credence to the pretext that we’re having a serious technical discussion in which both sides have good points. My response to overtly destructive acts is, and will continue to be, to tell people to fuck off.

In my personal opinion, Bitcoin is in crisis. Not the protocol, but the “Community” itself. Its identity has been usurped. For so long many of the people associated with Bitcoin thought they were bringing down banking but now Bitcoin technology has been commercially adopted by major banks and not in a way where many Bitcoin entrepreneurs and innovators will be brought along. Those with the good jobs working in Bitcoin technology will be financial technologists with working understanding of blockchain technologies and careers much older than Bitcoin.

So where does that leave Bitcoin? It leaves it where it began. As an independent iteration of digital currency – the first, in fact. That’s pretty cool. But in their pursuit to eat cake from the plate of banks, Bitcoiners could run their online creation community into the ground with bullshit technology like Bitcoin Classic and others.

Disclaimer: The views expressed in the article are solely that of the author