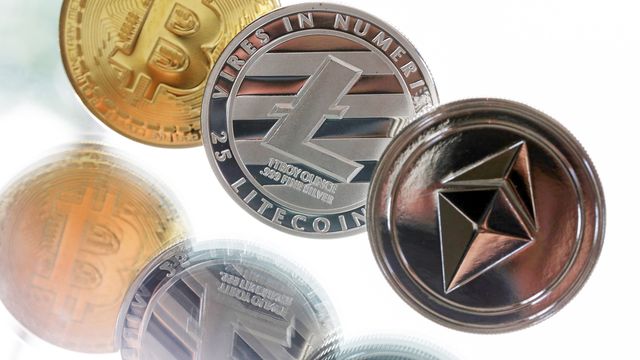 For some reason or another, as Bitcoin (BTC) has held at $5,200 for days on end after the Bitfinex and Tether news broke, investors have begun to flip bullish on cryptocurrencies yet again.

In a recent tweet, JaminXBT, a lesser-known yet still astute trader, noted that there is a “hidden bullish divergence” on Bitcoin’s daily chart, which looks near identical to Litecoin’s chart from a few weeks back. A bullish divergence, in the context of Jamin’s analysis, is when prices head higher but the Relative Strength Index (RSI) reading drops.

If Bitcoin follows the precedent set by Litecoin weeks back, BTC will soon trend higher, potentially past its $5,600 local top it hit last week, as the bullish divergence bites the dust.

While this may seem like baseless conjecture and speculation, his analysis was corroborated by Credible Crypto and Benjamin Blunts, two popular analysts and commentators. But this isn’t the only technical indicator hinting that BTC may be in for a rally, despite underlying fears about the legitimacy of Tether.

As a trader going by the moniker “The Wolf Of All Streets” points out, the Tether imbroglio hasn’t done much to hurt the ascending channel that Bitcoin is trading in. In fact, BTC is still trading within the structure to a tee, indicating that if all pans out, a slow trend higher is entirely possible in the coming weeks.

Speaking of bullish chart structures, Bitcoin’s six-hour chart on Binance is currently showing signs of an ascending triangle, meaning that BTC could retest $5,500 in the coming days, and potentially even break past.

Fundamentals too are looking overwhelmingly bullish for Bitcoin. Earlier today, Ethereum World News reported that Bakkt, Wall Street’s crypto exchange darling, finally unveiled the deets about its custody offering, which will be integral for its proposed cryptocurrency futures contract. We also mentioned that to further bolster its custody solution, Bakkt has acquired Digital Asset Custody Company (DACC), and brings on its “native support of 13 blockchains and 100+ assets.”

In the same realm of news, the Chicago Mercantile Exchange’s in-house Bitcoin futures contract has set volumes records in early-2019, as reports suggest that similar products from Bakkt (the Intercontinental Exchange) and Nasdaq are on the horizon. Aside from futures, spot trading for a wider audience also seems to be on a horizon. As this outlet has reported over recent days, both E*Trade and TD Ameritrade, two prominent America-centric retail brokerages, may soon offer trading support for assets like Bitcoin, Ethereum, and Litecoin in-house. And on the institutional side part of the equation, Fidelity has entered the fray, opening the door for big names in investment to hold their digital assets with trusted custodians.

Funnily enough, however, some have managed to remain bearish on digital assets in the short-term. Per a recent report from Bloomberg, the GTI Vera Convergence Divergence indicator, which signals trend reversals, just issued a “sell” signal. As the outlet explains, “the shift could suggest further downside may be ahead as the coin flirts with its highest levels of the year.”

Continuing this narrative, Bloomberg asserted that the fact that Bitcoin hit its 0.618 Fibonacci Retracement resistance level, and quickly “ricocheted lower” is a sign that bulls are yet to be in full control.