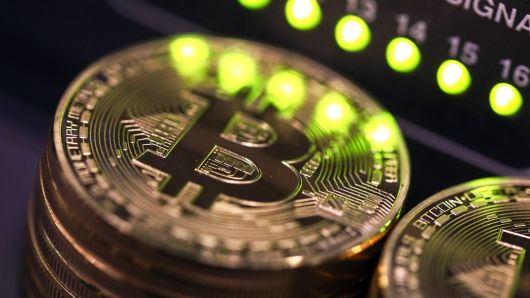 Tuesday, July 9 — the top 20 cryptocurrencies are reporting mixed movements on the day by press time, as Bitcoin (BTC) broke the $12,500 mark again. 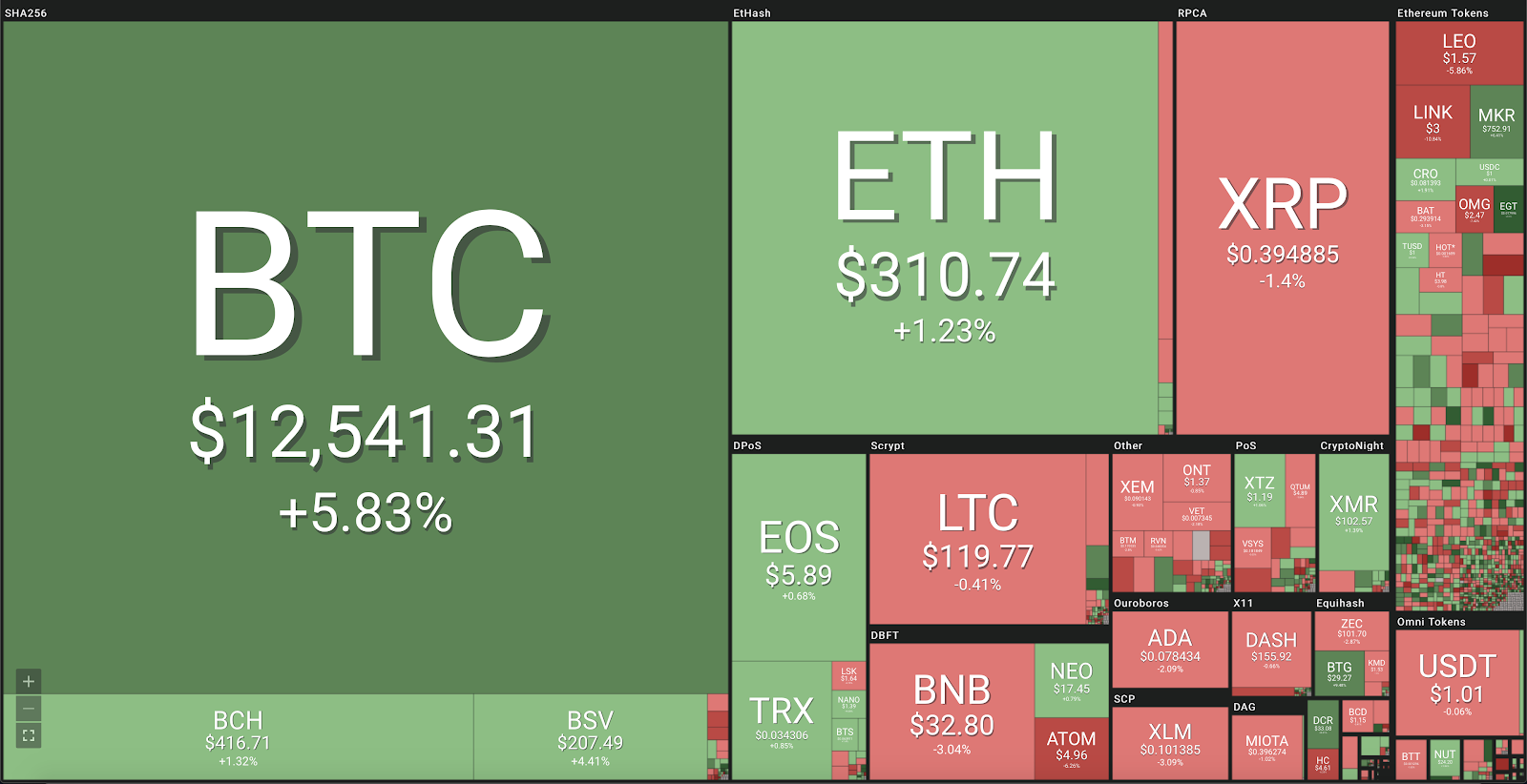 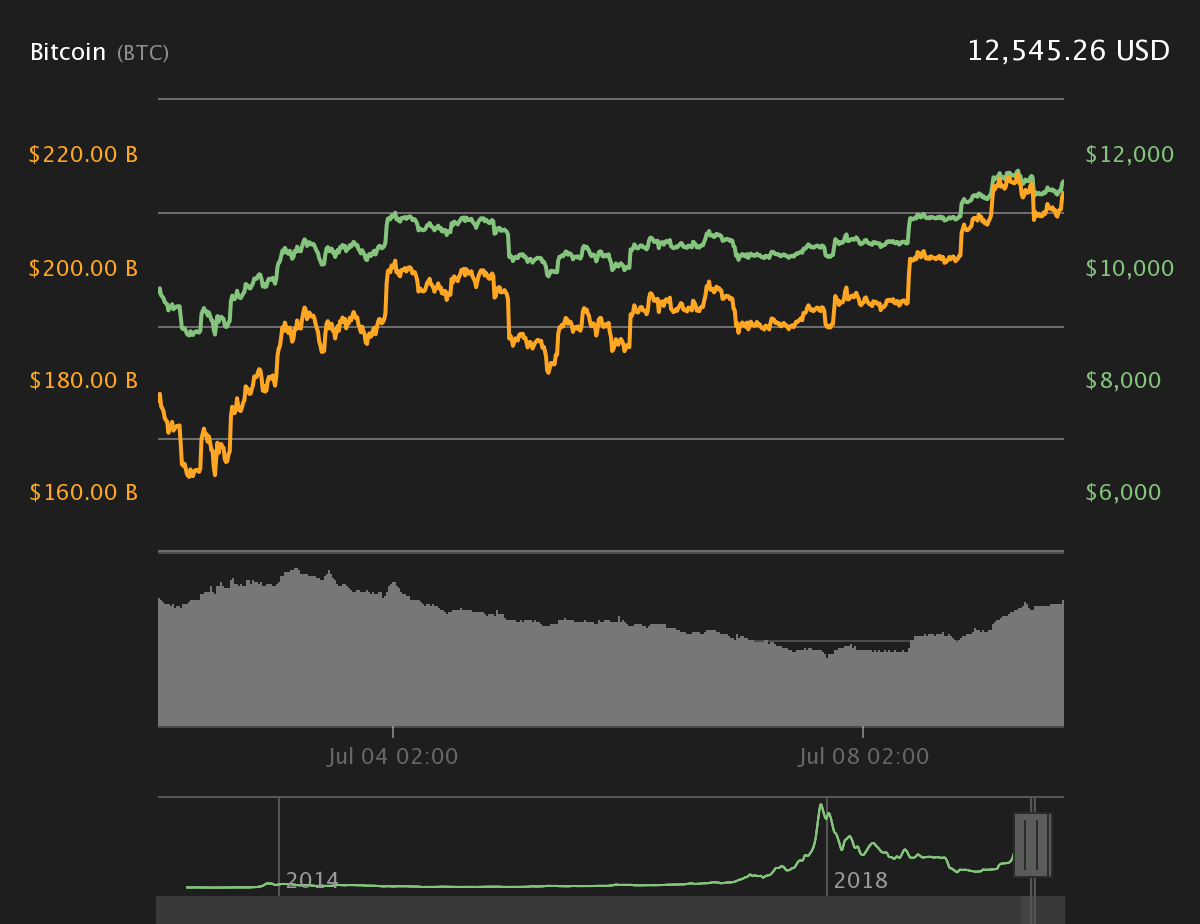 A Twitter account of a Bitcoin enthusiast pointed out earlier today that, on major cryptocurrency exchange Binance, a user sold about 7,350 BTC, equivalent to about $92.2 million at press time, all in a single order.

Ether (ETH) is holding onto its position as the largest altcoin by market cap, which currently stands at $32.9 billion. The second-largest altcoin, Ripple’s XRP, has a market cap of $16.6 billion at press time.

Coin360 data shows that ETH has seen its value increase by about 1% over the last 24 hours. At press time, ETH is trading around $309. On the week, the coin has also lost nearly 4.85% of its value. 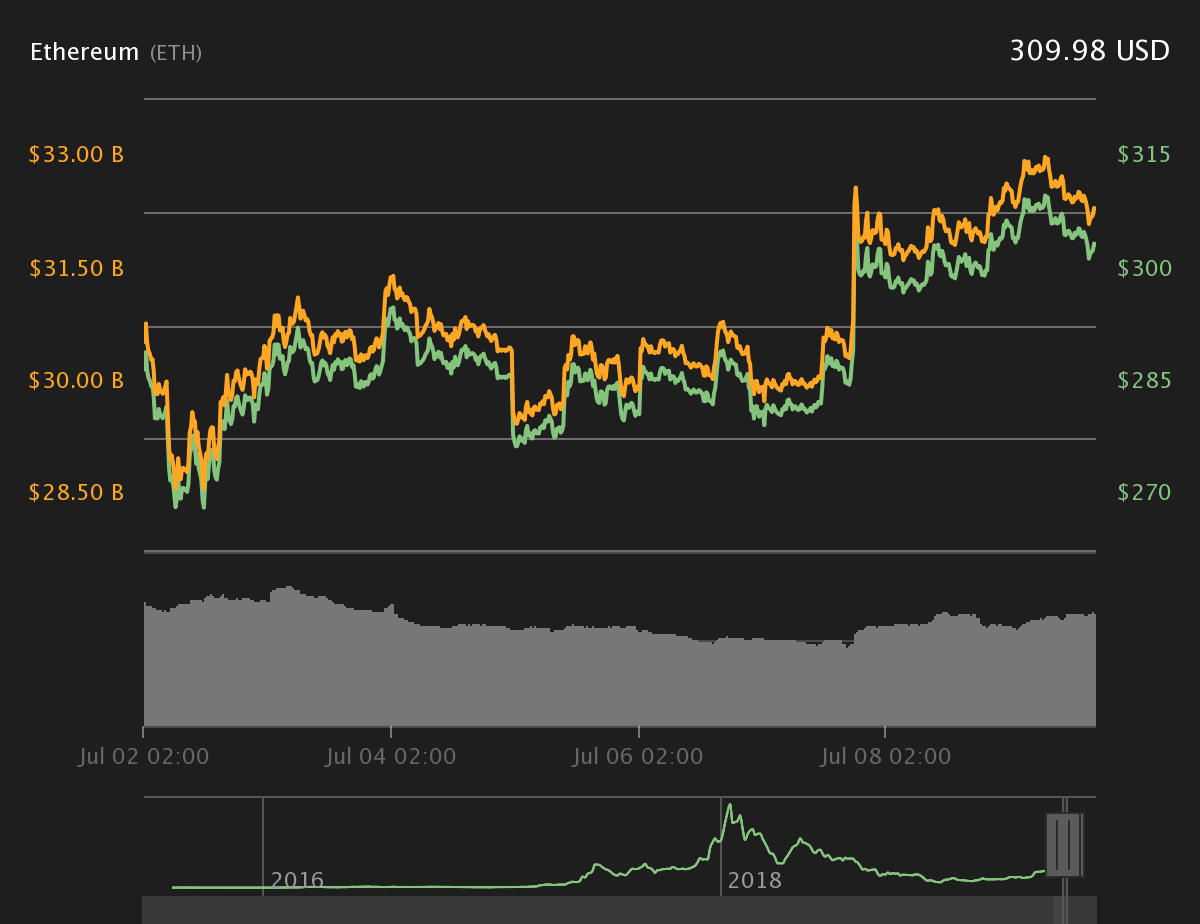 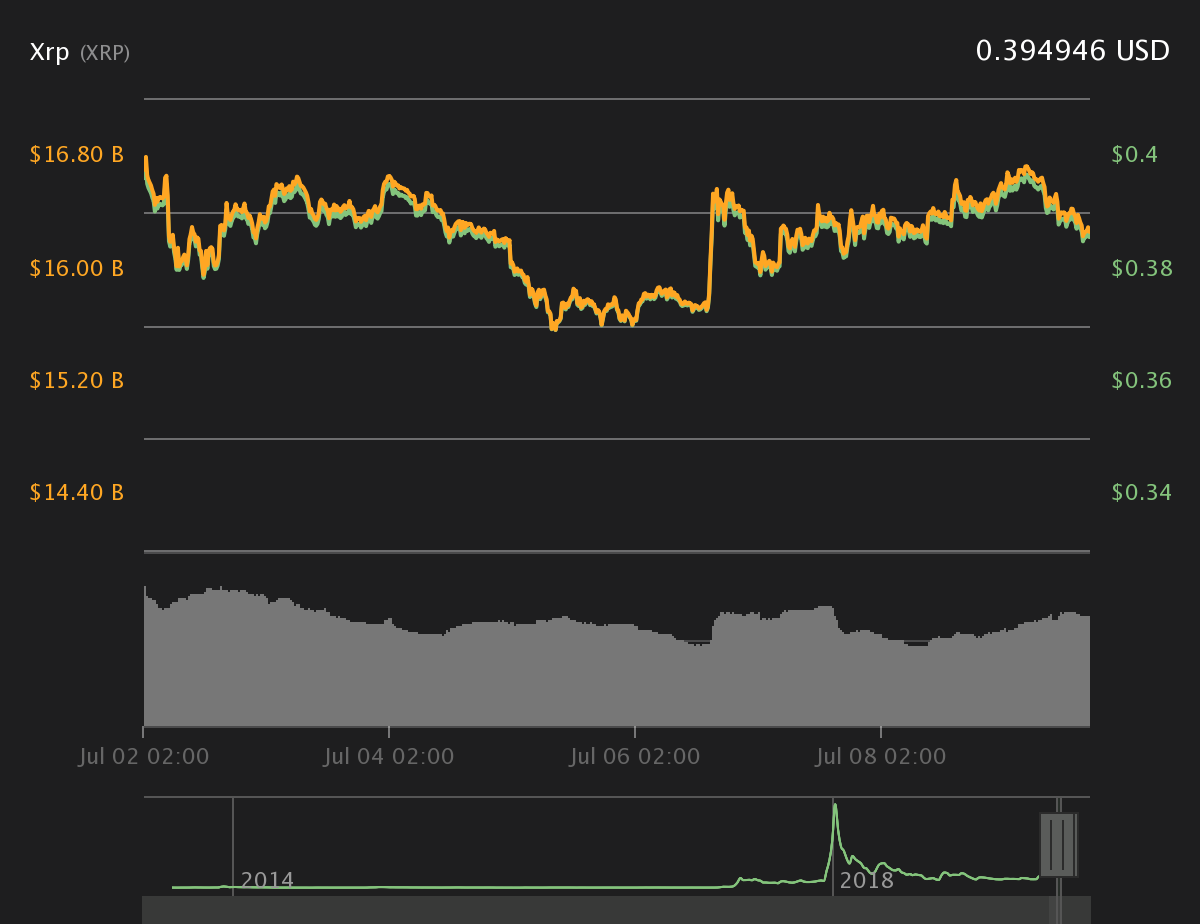 Among the top 20 cryptocurrencies, the one reporting the most notable price action is Chainlink (LINK), which is over 10% down at press time.

At press time, the total market capitalization of all cryptocurrencies is $348.2 billion, almost 12% higher than the value it reported a week ago.

In traditional markets, the US stock market is seeing slight losses so far today, with the S&P 500down 0.04% and the Nasdaq up 0.38% at press time. The CBOE Volatility Index (VIX), on the other hand, has gained 0.72% on the day at press time.

Major oil futures and indexes are seeing discreet gains today, with WTI Crude up 0.47%, Brent Crude up 0.33% and Mars US up 0.5% at press time. The OPEC Basket is up 0.19% and the Canadian Crude Index has gained 1.09% over the 24 hours by press time, according to OilPrice.