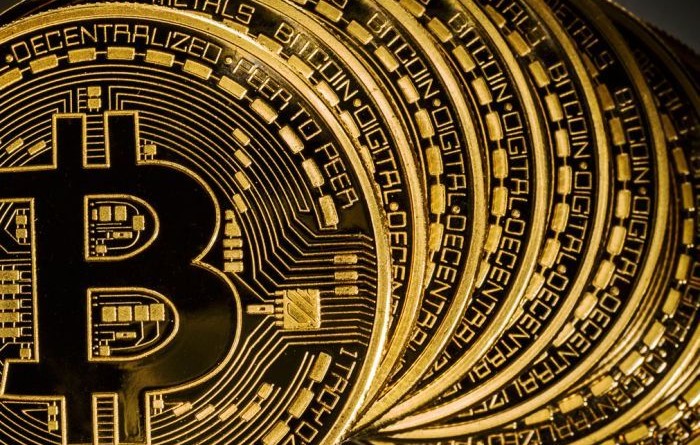 After bouncing around the $10,000 price level for the past two weeks, Bitcoin appears to be gaining momentum for a push higher.

The largest cryptocurrency has dropped below the lower limit of its GTI Vera Band Indicator, which measures up and down trends, potentially signaling that a short-term spike could be ahead. The past four times the coin fell below the band, it managed to quickly rally back into the range.

The largest digital currency is also finding support at $10,000, testing the price level four times over the last week and bouncing back each time. It has yet to break above its short-term high of $12,316, which it reached in early August, but could flirt with those levels again should it manage to break out.

Bitcoin’s price recovery should resume soon, according to Bloomberg Intelligence analyst Mike McGlone. Its unique attributes and an increasingly favorable macroeconomic backdrop could help push up its price, he wrote in a recent note. The launch of a stablecoin from Binance, a crypto exchange, may also help enhance Bitcoin’s value, he said.

“The trend toward stability, an essential ingredient in a median of exchange, is accelerating Bitcoin’s advancement as a digital form of gold,” wrote McGlone.

The price of Bitcoin has vacillated within the $10,000 range, even as it experienced its worst five-day decline since November last week, leading to its loss as a perceived refuge amid periods of global market turbulence. Bitcoin is down about 3% since Friday and was the only major crypto asset to trade lower on Thursday.

Some investors are now warning that cryptocurrencies could come under pressure again as world leaders gather at the Group of Seven meeting in France this weekend. Many see a potential repeat of the recent lambasting of cryptocurrencies by regulators against Facebook Inc.’s plans to launch a stablecoin, which pushed prices lower.

“Cryptocurrencies are facing an uphill regulatory battle,” Ed Moya, senior market analyst at Oanda Corp., wrote in a note this week. “A big risk to digital assets is if we see a united front from the G7 to crack down on cryptocurrencies until they agree upon on how to regulate them.”