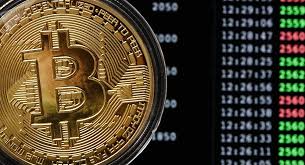 The cryptocurrency markets fell sharply on July 14 after bitcoin (BTC) endured another $1,400 sell-off, denying the bulls a chance to revisit 2019 highs.

Prices had initially attempted to rally above $10,800 but were stopped short as a quick reversal to momentum brought prices reeling back below $10,000.

BTC’s price has since fallen victim to the continual bearish sell-off and is currently changing hands at $9,974 at time of writing.

The move down was also accompanied by a small surge in total trading volume of $2.8 billion over a 24 hours as traders looked to book profit and exit the markets in quick succession amid declining crypto prices across the board, according to CoinMarketCap data.

Major names such as ether (ETH), litecoin (LTC), XRP (XRP) and EOS (EOS) also began to fall in value at around the same time as BTC, losing between 15-20 percent in just under six hours.

Further, the total market capitalization of all cryptocurrencies combined endured a $20.1 billion loss over 24 hours, marking one of the largest single-day losses in market value since June 27, 2019.

The short term outlook remains volatile, so BTC could experience a bounce on today’s momentum, but that will need to be accompanied by strong levels in growing (bullish) volume in order to end the recent sell-off still being felt from July 10.