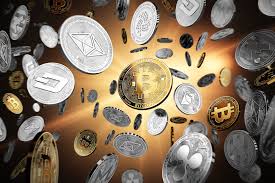 Altcoins are again on the rise, and 0x appears to be leading the pack after recording nearly 10% growth in the last 24 hours.

Beyond this, Tron (TRX) and Dash are among the best performers, up 2.9% and 2.5%. Meanwhile, major altcoins XRP and Bitcoin Cash (BCH) are experiencing a slight loss, down almost 1% in the last day.

Most of the other altcoins are also experiencing gains, albeit much less dramatic. Overall, the entire market capitalization of all cryptocurrencies has blossomed from $220.5 to $221.7 billion—equivalent to an average gain of less than 1% across the board.

At the same time, Bitcoin (BTC) has seen its market dominance slip—falling from 67.7% to its current value of 66.7% over a 7-day period.

Bitcoin dominance has been on the decline since early September, after climbing to its 2019 high of over 71% on September 6. Despite this, most altcoins have lost value faster than Bitcoin in the past month, indicating a new altcoin boom isn’t definitely on the cards just yet.