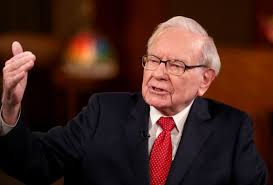 The rise of bitcoin has been one of the top stories of 2020.

What Happened: Bitcoin hit all-time highs throughout December, passing the $27,000 level on Dec. 27.

With the rise in the price of the cryptocurrency, bitcoin’s market capitalization has taken it past that of several financial companies.

Why It’s Important: According to AssetDash, bitcoin is now the 11th-most valuable asset by market cap, with a $500-billion valuation.

Bitcoin has passed four companies on the list in the month of December.

Up next on the list is Berkshire Hathaway (NYSE: BRK- A) (NYSE: BRK-B), led by legendary investor Warren Buffett. The Oracle of Omaha has been a vocal bitcoin bear.

“In terms of cryptocurrencies, generally, I can say with almost certainty that they will come to a bad ending. If I could buy a five-year put on every one of the cryptocurrencies, I’d be glad to do it but I would never short a dime’s worth,” Buffett told CNBC in 2018.

Berkshire Hathaway ranks 10th on the asset list with a market cap of $535.7 billion.

With 18,583,275 bitcoins out, the price would need to be $28,827 to pass the value of Berkshire Hathaway. With additional bitcoins mined and the cryptocurrency’s continued rise, it could occur very soon.