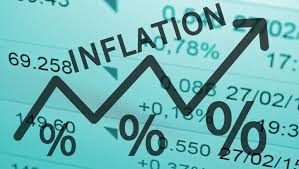 One lunchtime in 2009, as the U.S. Federal Reserve started purchasing Treasuries in the aftermath of the global financial crisis, Richard Hodges stepped out of his office to buy his first gold bar in the City of London.

Over the next decade, he built up his personal collection to several kilograms’ worth, stored in his “own little Bank of England basement.” Hodges, who also works as a money manager at Nomura Asset Management, thinks central banks’ stimulus has ushered in an “age of currency and asset price manipulation.” He’s betting that physical, tangible gold could retain its value if all of that goes wrong and paper assets crumple. “I even stack these little bars like they do in the movies,” he says.
Ever since the financial crisis, a chorus of investors and pundits has warned that near-zero interest rates and the Fed’s bond buying would flood the economy with dollars, drive up consumer prices, and create market bubbles that were bound to burst. Yet inflation has been tame for the past decade, global equities have returned more than 150% with dividends, and long-term bonds doubled investors’ money. Not even the pandemic and its recession have wiped out those gains. The spot price of gold has risen a total of less than 60% in 10 years. If the precious metal was a hedge, it was against a disaster that didn’t come.
Still, gold has recently seen a surge in demand. Hodges bought his most recent bar in May, and his timing could hardly have been better. Three months later, gold hit a record $2,064 an ounce, up from $1,700 at the start of May. It’s currently around $1,920. Anxiety about inflation is once again in the air, particularly among individual investors. Even if the past decade of stimulus wasn’t enough to conjure higher prices, the thinking goes, the Fed’s additional moves since the pandemic began may finally do the trick. Along with gold, people are stashing away Bitcoin and even whisky as they search for hedges.
It’s not necessarily that investors think inflation will spike imminently, or that dramatically. Consumer prices in the U.S. rose just 1% for the 12 months ended in July. Prices in bond markets, where it’s possible for traders effectively to bet on the future level of inflation, indicate that it will likely go up. Even so, fixed-income investors are looking for only a 1.7% rate over the next decade.

One case for hedging is that inflation would only have to overshoot that 1.7% by a percentage point or so to shock the system. “A rate of inflation at 3% is hardly hyperinflation, but 3% inflation per annum can erode your wealth by half in under 25 years,” says Nikhil Chandra, investment director of real assets at Aviva Investors. “Anyone would be hard-pressed to say that inflation is dead.” He argues for income-producing investments such as real estate as a way to stay ahead of prices.

Whether gold would provide the protection investors hope for is a more complicated question. “Gold is an unreliable inflation hedge,” says Campbell Harvey, a finance professor at Duke University who specializes in portfolio and risk management. Harvey and his research colleagues have found that gold has held its value remarkably well since Roman times, yet it’s prone to manias and crashes over shorter periods. Right now, on an inflation-adjusted basis, gold is expensive relative to its past prices. If it reverts to its long-term average, investors who joined the rally late could lose a lot of money.

Cryptocurrency investors are driven by some of the same thinking as gold buyers. Although there’s nothing physical about digital tokens, the way some are designed to be limited in supply leads investors to hope they could hold their value if paper currencies fall. Bitcoin, the best-known, is up about 60% this year to about $11,300. “Gold, Bitcoin—both of them, I think, are protections just against this uncertainty that’s out there,” says Michael Novogratz, founder and chief executive officer of Galaxy Investment Partners in New York. He has about a quarter of his net worth tied up in cryptocurrencies and related businesses.

Similar to gold, says Novogratz, Bitcoin derives much of its value simply from people believing it’s worth something. (Neither asset produces income or earnings.) What makes Bitcoin relatively more attractive to him is that it’s still in its early adoption stages. But Bitcoin’s more speculative than gold: Even after its price rise this year, it’s down roughly 40% from its peak in 2017.

Commercial property investor James Scott’s new favorite asset is a lot more liquid: whisky in casks—at least 4,000 liters of it, stored in a warehouse in Scotland. He was introduced to whisky on a second date with his now-wife, who teased him for ordering vodka. Scott started collecting bottles five or six years ago and has since switched to casks. He recently sold a 28-year-old cask of Bunnahabhain, produced on the Scottish Hebridean island of Islay, after it appreciated 10% in 11 months. “Whisky certainly outperforms inflation in casks,” Scott says. “There’s no question about that.”

What if inflation doesn’t materialize? For Scott, a good tipple still has one edge over purely financial assets. “Whisky’s got more soul,” he says. “And at the end of the day, if it doesn’t work out as an investment, you can have a great party.” —With Anchalee Worrachate and Todd White