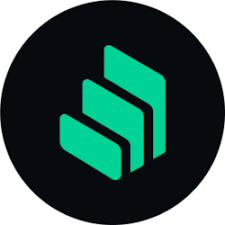 The bitcoin price, under pressure since its latest attempt to breach the $10,000 per bitcoin level last week failed, is stuck on a downward trend—but other digital assets are soaring.

Following its launch just this week, decentralized finance protocol Compound’s comp token has surged around 250%, giving it a market value of around $2 billion, according to some calculations

Users of the Compound lending platform began earning comp tokens this week, with the cryptocurrency getting a boost from major U.S. bitcoin and cryptocurrency exchange Coinbase announcing it will begin listing the token.

“Once sufficient supply of comp is established on the platform, trading on our comp-U.S. dollar and comp-bitcoin order books will start in phases, beginning with post-only mode and proceeding to full trading should our metrics for a healthy market be met,” Coinbase said in a blog post.

Comp has this week become the 25th most valuable cryptocurrency, according to CoinMarketCap data, with its price surging to over $200 per token, up from around $60 at the beginning of the week.

Some early calculations, which are inconsistent due to comp’s immaturity, have put the total value of comp’s combined tokens in circulation at a little over $2 billion.

Others, that count fewer comp tokens in circulating supply, put the cryptocurrency’s value at around $500 million—in comparison bitcoin’s market capitalization is just over $170 billion.

Comp, a so-called governance token that allows holders to influence the Compound protocol, are awarded every day to users of the decentralized finance platform.

Comp is currently only listed on a handful of smaller cryptocurrency exchanges, prompting some bitcoin and crypto market watchers to warn the sudden price surge could be short-lived.

“Most of comp’s price fluctuations are a function of the tiny float. I wouldn’t read too much into the current price,” Haseeb Qureshi, managing partner of Dragonfly Capital, told bitcoin and crypto industry news outlet Coindesk this week.